By Jenny KliverSeptember 13, 2017ICN2
No Comments 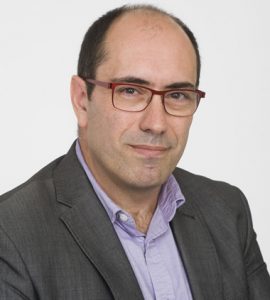 In July of this year, Pablo Ordejon, Director of the Catalan Institute of Nanoscience and Nanotechnology (ICN2) was invited to join the Academia Europaea, an organization that brings together eminent European scientists and scholars from the full range of academic disciplines for the advancement of science and science education.

Founded in 1988, the Academia Europaea is the only Europe-wide academy made up of individual scientists and scholars, rather than institutions. By invitation only, members are elected following exhaustive peer review and scrutiny, drawn from across the entire European continent. Active membership currently stands at around 4000, including 72 Nobel Laureates. The non-profit organisation exists to promote excellence in all branches of scholarly and scientific knowledge, and ensure it is taught and applied to the benefit of society at large.

Having been invited in July this year, ICN2 Director Pablo Ordejon, leader of the Theory and Stimulation Group was formally accepted to the academy this week. One of just 119 Spanish members, he joins the Physics and Engineering Section.

Pablo Ordejon has been a tenured researcher of the Spanish National Research Council (CSIC) since 1999. Prior to this he spent three years in the United States as a postdoctoral research associate at the University of Illinois Urbana-Champaign, before returning to Spain as an assistant professor at the University of Oviedo. In 1999 he joined the Institute of Materials Science of Barcelona (ICMAB), where he remained until moving across to the former CSIC Nanoscience and Nanotechnology Research Centre (CIN2). He has been director of the Catalan Institute of Nanoscience and Nanotechnology (ICN2) since its creation in 2012.