Frontier research for the medicine of the future

This third edition of the BIST Annual Conference focused on human health. Attendees had the opportunity to learn about the work of some of the world’s leading experts in optogenetics applied to neuroscience. The latest conference updates and photos have been published in our 2019 BIST Conference news piece.

The Barcelona Institute of Science and Technology (BIST) is launching two major research programmes to articulate its capabilities and scientific excellence to address some of today’s critical social challenges around human health and climate change. In the field of health, our precision medicine programme aims to expand our ongoing work in the understanding of life-threatening diseases, such as cancer and its metastasis, and of pathologies related to aging. The programme seeks to have a comprehensive view of the patient through the combined use of genomics, bioinformatics, nanotechnology, among other advanced experimental techniques.

In addition, we have launched a research programme in environmental and energy sustainability. We focus on the causes of environmental deterioration and climate change by investigating clean energy alternatives through transforming sunlight into electricity with photovoltaic devices, and through artificial photosynthesis and photodecomposition of water to obtain hydrogen as an affordable and sustainable energy source. We also work on capturing CO2 and transforming it into new materials or new energy sources, and on developing new technologies to monitor air, water, and food.

These new priorities build on and complement the capacities developed through the initial strategic lines of research at BIST: chemical biology (a key discipline for the development of new drugs), precision microscopy (essential to deepen the knowledge of the structure of the life and materials), big data (to handle the vast amount of data our research generates), and graphene (a material with huge potential for new uses in fields as diverse as biomedicine, information technology, environmental control and clean energy production). The initial lines and current research programmes build on each other to expand our multidisciplinary research beyond the frontiers of knowledge.

The third edition of the BIST Annual Conference focused on the first of the aforementioned research priorities: human health. Attendees had the opportunity to learn about the work of some of the world’s leading experts in optogenetics applied to neuroscience.

Dialogues on the boundaries of knowledge

The research of these experts highlights the importance of multidisciplinarity to achieve significant advances in research, allowing us to address some of the major societal challenges we face. These experts also work at the intersection of biology, physics, chemistry, and engineering, and use advanced microscopy techniques, one of the BIST strategic priorities since its founding.

Valentina Emiliani is a CNRS Research Director at the Vision Institute in Paris where she leads the Photonics Department and the ‘Wave front engineering microscopy’ group. After her PhD in Physics (University La Sapienza, Rome) she worked as a post doc at the Max Born Institute (Berlin) to investigate carrier transport in quantum wire by low temperature scanning near field optical microscopy. Later on, she worked at the European Laboratory for Nonlinear Spectroscopy to lead the research group: ‘High resolution microscopy’, focused on the investigation of light propagation in disordered structure by near field microscopy. In 2002 she moved to Paris at the Institute Jacques Monod and in 2005 she was awarded with the European Young Investigator grant to form the “Wave front engineering microscopy” group at Paris Descartes University. In 2019 she moved to the group at the vision Institute in Paris. She was awarded the Prix “Coups d’élan pour la recherche française” in 2015 from the Bettencourt-Shueller foundation and in 2017 was awarded the Axa chair “Investigation of visual circuits by optical wave front shaping”.

Dr. Valentina Emiliani has pioneered the use of wave-front engineering for neuroscience. In particular, with the ‘Wave front engineering microscopy” group she demonstrated a number of new optical methods for efficient photoactivation of caged compounds and optogenetics molecules, techniques based on computer generated holography, generalized phase contrast and temporal focusing. Most of these systems are currently the only existing worldwide. Her current interest is to use holographic wave front shaping and optogenetics for the investigation of the mechanisms regulating functional connectivity and signal processing across the main visual pathways (retina, lateral geniculate nucleus, primary visual cortex).

Maria Pia Cosma is an ICREA Professor and Group Leader of the Reprogramming and Regeneration Group at the Centre for Genomic Regulation (CRG). Her research has demonstrated that different types of neurons in the retina like photoreceptors or ganglion cells can be regenerated in mice by transplanting hematopoietic stem cells isolated from bone marrow. Her group is now moving this type of approach to studies within the human context.

Ernest Giralt is Group Leader of the Design, Synthesis and Structure of Peptides and Proteins Group and Head of the Chemistry and Molecular Pharmacology Programme at IRB Barcelona, as well as Emeritus Professor (Inorganic and Organic Chemistry Departments) at the University of Barcelona. He has published several books that have become a reference in the field of peptide chemistry and is one of the founding members of the European Peptide Society. His research has applications in new drug delivery systems for the treatment of central nervous system pathologies.

Michael Krieg is Group Leader of the Neurophotonics and Mechanical Systems Biology Group at The Institute of Photonic Sciences (ICFO). His group’s main research goal is to understand the importance of cell mechanical properties for health and disease on the molecular and systems level, exploiting microfluidic and nanotechnological tools to apply precise forces to single cells or animals. Dr. Krieg recently received an ERC Starting Grant for his project entitled “How to build a brain? Engineering molecular systems for mechanosensation and protection in neurons”.

Edward Boyden* (Plano, Texas, 1979), Y. Eva Tan Professor of Neurotechnology and member of the MIT McGovern Institute and Media Lab academic teams, collaborated with Karl Deisseroth to create the optogenetic technique. This technique has revolutionized research in neuroscience and was named the “Methodology of the Year” by Nature Methods in 2010, and included in the “Breakthroughs of the Decade” article by Science. Employing genetic modification of neurons, the technique allows researchers to control neurons with light and study their functions and the impact of their alterations to an extremely precise degree. Boyden, who has received numerous international awards as recognition for his work in optogenetics, will discuss the latest developments in this and other neurotechnologies.

* Please note that Prof. Edward Boyden was not able to attend the conference due to logistical issues and his part of the dialogue was covered by Prof. Michael Krieg.

The five research projects selected in the competitive 2018 BIST Ignite Call will also be presented at the conference. These projects are another great example of how multidisciplinary research approaches are leading to novel ways of addressing challenges in human health. From the creation of bionanorobots, to enzyme-powered motors with possible applications in drug delivery, to brand new types of biosensors, to organoids with real-time monitoring for testing new medications, to synthetic pathogens that teach the immune system to defend itself against infections without the risk of multiresistance, the BIST Ignite projects are all on the frontier of knowledge.

The conference programme also includes a session for selected postdoctoral researchers working at the BIST centres to present their novel research. 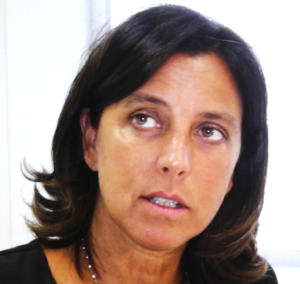 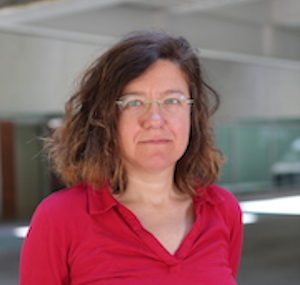 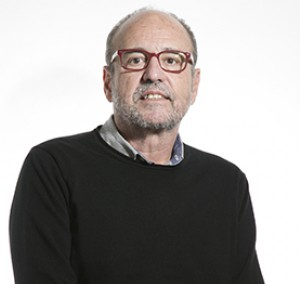 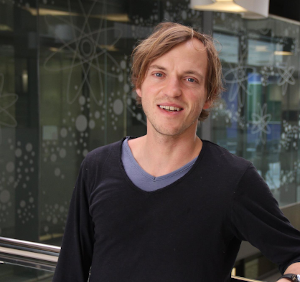 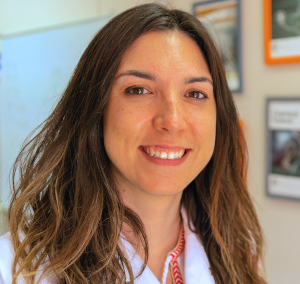 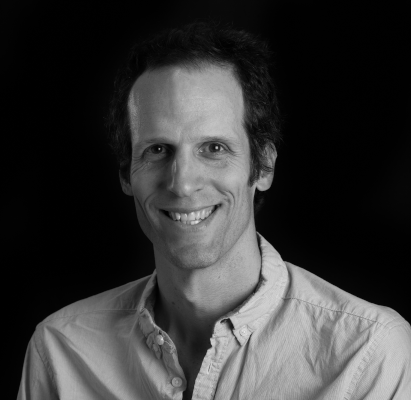 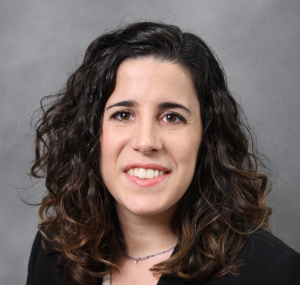 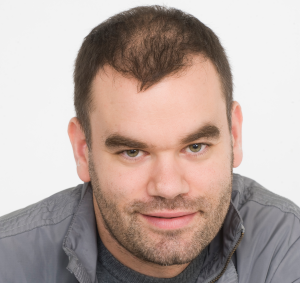 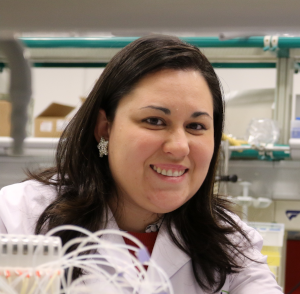 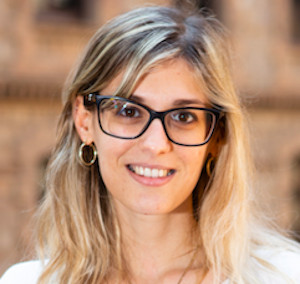 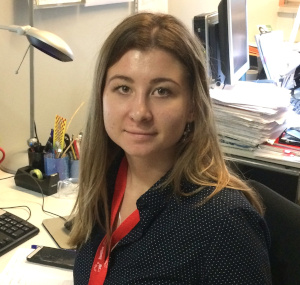 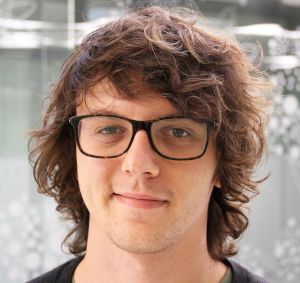 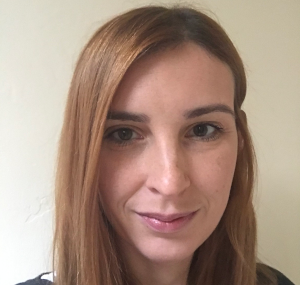 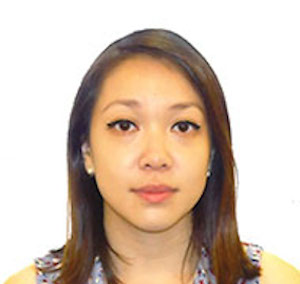 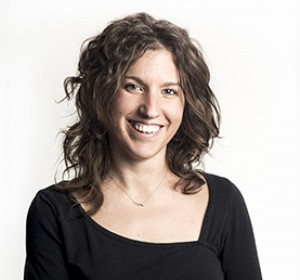