Building a sustainable world together

Keynote speech: The view ahead: where is science heading?

The science writer Philip Ball claims that methods, practices, and ethos of science have experienced very little change in the last 150 years and wonders “Can science continue to fullfil its social contract and to reach new horizons by advancing on the same footing into the future?”

This session will offer you the unique opportunity to debate with the outstanding British author about what should be questioned and maybe changed in our current way of doing science. To inspire and feed the debate, we suggest you read Philip Ball’s article Science must move with the times, which was published by Nature in November 2019. 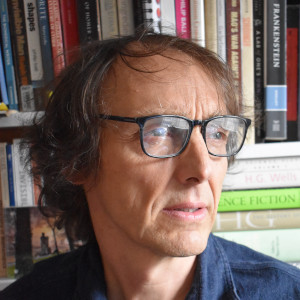 Philip Ball is a science writer and broadcaster. He worked for many years as an editor for Nature, and is the author of many books on science and its interactions with broader culture. These include Bright Earth (2001), Critical Mass (2004, winner of the 2005 Aventis Prize for Science Books), Beyond Weird (2018), and most recently, How To Grow a Human (2019). He is a presenter of Science Stories, the BBC radio series on the history of science. Philip was awarded the 2019 Lord Kelvin Medal by the Institute of Physics for contributions to the public understanding of physics.

Back to 2020 BIST Conference