European Particle Physics Strategy Update – How and Where to? 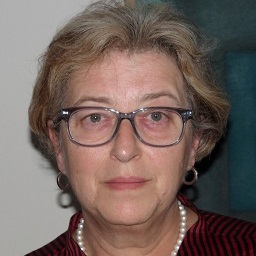 Halina Abramowicz studied physics at Warsaw University where she completed her PhD and Habilitation degrees in experimental particle physics. In 1993 she moved from Warsaw University to Tel Aviv University, where she is presently the incumbent of the Nathan Cummings Chair of Experimental Particle Physics. Her PhD was based on study of double scattering in high energy pion-deuterium scattering in the 15-foot bubble chamber at FermiLab. After a postdoc at CERN, in the neutrino group of Prof. Jack Steinberger, she based her habilitation on precise determination of the Weinberg angle from the ratio of neutral to charged current cross sections. She went on to study deep inelastic electron-proton scattering with the ZEUS detector at the HERA collider at DESY, Hamburg. She was part of the team that discovered and identified a new class of events, today commonly accepted as resulting from deep inelastic diffractive scattering. She spent numerous years at DESY, in particular as a Humboldt fellow and later on as the Lisa Meitner Humboldt prize awardee. During the lifetime of the experiment, she held numerous positions of responsibility within the ZEUS Collaboration, in particular as Physics Coordinator in the last year of data taking. While working on the ZEUS experiment, she was part of the Israeli team that provided the ATLAS experiment at the Large Hadron Collider at CERN with the forward muon trigger. Within the ATLAS experiment, she pursues her interests in the structure of the proton by studying hard double-parton scattering, which may shed light on the three dimensional structure of the proton. In 2014/2015 she spent a sabbatical year at CERN as chair of the ATLAS Publication Committee. Since 2006, she is an external member of the Directorate of the Max Planck Institute for Physics in Munich. She is also a Scientific Member of the Max Planck Society. She was elected EPS Fellow in 2014 and Foreign Member of the Polish Academy of Arts and Sciences (PAU) in 2015. In the years 2015-2017 she chaired the European Committee for Future Accelerators and in September 2017 she was nominated by the CERN Council to chair the European Strategy Update process (to be completed in May 2020).

The European particle physics research ecosystem consists of CERN, as the central laboratory which from its inception in 1954 provides large accelerator infrastructures, and universities, research institutes as well as national labs. With the evolution of the size of the required accelerator infrastructure, associated construction and operation time scales and the resulting globalisation of the science, it became necessary to establish a research roadmap, the European Particle Physics Strategy, to coordinate the efforts of the community. This Strategy is regularly updated and the last update was completed in June 2020. In this presentation, I will discuss the formulation as well as the motivation and associated challenges of this latest Strategy Update, which reflects the aspirations and the vision of the European particle physics community.

Link to join this Colloquium