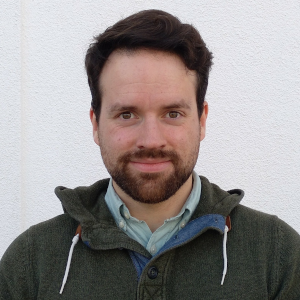 I obtained a bachelor degree in Molecular Biology and followed up with a master degree in Molecular Medicine, both from the University of Vienna in Austria. Early on, I gained plenty of experience in biological microscopy, which should turn into a central theme of my academic interests. I joined the group of Roland Foisner at the Max Perutz Labs and the Medical University of Vienna for my master thesis and two subsequent projects. There, I made valuable contributions to the understanding of the regulation of nucleoplasmic lamins and how they are influenced by the protein LAP2alpha. Later, I developed a complete workflow for a medium-throughput microscopy screening which serves as the basis for a currently running project in the group. During this time I acquired and deepened my knowledge of live cell, high-throughput, and advanced microscopy, as well as programming for automated and quantitative image analysis. In the pursuit of in-depth experience with cutting-edge advanced microscopy I joined the team of Stefan Wieser of the Super-resolution Light Microscopy & Nanoscopy group at ICFO in Castelldefels, Spain

A variety of human genetic disorders caused by mutations in components of the nuclear periphery affect the nervous system, muscles, bones, connective and adipose tissue. Most puzzling are a subset of disorders causing syndromes resembling accelerated aging, most severely in the Hutchinson-Gilford progeria syndrome. All these diseases are very rare and their pathogenic mechanisms are poorly understood.

There are only very few techniques that allow the observation of processes in living cells. The most prominent of these techniques is light microscopy. However, the intricate organization of the nuclear periphery requires advanced techniques beyond conventional methods. In our multi-disciplinary team of physicists, biologists and engineers, we develop and adopt novel advanced microscopy techniques and image analysis pipelines and tailor them to our specific needs. In this project, I investigate how selected mutations affect the micro-mechanics of the nuclear lamina, and fundamental processes in peripheral chromatin, like DNA replication and DNA repair. My findings will help to understand diseases of the nuclear periphery and accelerate the development of effective treatments.