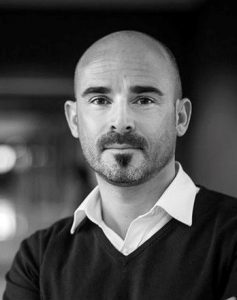 Dr. Romain Quidant of the BIST centre ICFO (The Institute of Photonic Sciences) was named winner of the 1st Banc Sabadell Foundation Prize for Sciences and Engineering for his contributions in the field of nanophotonics. The prize will be officially presented to him at an awards dinner on July 11th.

Dr. Quidant has contributed significantly in the field of nanophotonics, specifically with his his nano tweezers that allow him to trap and move particles as small as molecules and viruses without modifying them. This has enormous applications in biomedicine and opens up new avenues for the technology of tomorrow.

Congratulations to Dr. Quidant for this well-deserved recognition and honour.

More about the award:
This new award is a collaboration between the Banc Sabadell Foundation and the Barcelona Institute of Science and Technology (BIST). The President of the BIST, Prof. Andreu Mas-Colell is also the President of the jury of the prize. In this first edition, 41 applications were received. and one winner was selected. The prize is accompanied by 50,000 euros and aims to encourage and reward excellent work in the field of sciences and engineering by Spanish researchers.