Panel I: Quantum in Catalonia

Major strides are being made in quantum technologies in Catalonia. In this panel, a group of experts will present the research work currently underway, focusing on five key pillars: communication, simulations, computing, sensing, and infrastructures. 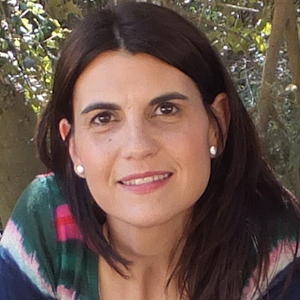 Verònica Ahufinger has been an associate professor in the physics department at the Universitat Autònoma de Barcelona (UAB) since 2010. In 2002, after finishing her PhD in Physics at the UAB, she moved as a Marie Curie Fellow for two years to the Leibniz Universität, Hannover (Germany). In January 2005, she joined the UAB’s physics department. First, with a Juan de la Cierva Fellowship and then, from November 2005 to November 2010, as an ICREA Junior Researcher. In recent years, she has been working on the quantum transport of matter waves from single atoms to Bose-Einstein condensates, in the use of ultracold atoms in optical lattices as quantum simulators and in the engineering of light propagation in systems of coupled optical waveguides. 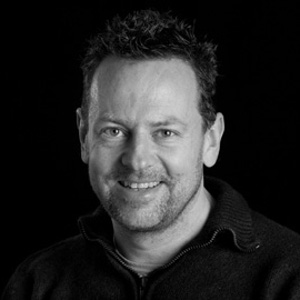 Valerio Pruneri is a Corning Inc. Chair leading the Optoelectronics group at the Institute of Photonic Sciences (ICFO). He previously worked for Avanex, Corning, Pirelli, and the University of Southampton. He has given 100 invited talks and has around 50 patents. He has taken part in more than 40 technical or steering committees of international conferences. He serves on the QEOD board of the European Physical Society, the advisory board of ACREO AB Fiber Optic Centre, VLC Photonics and Quside. He was awarded the Philip Morris Prize, Pirelli Fellowship, IBM Faculty award, Paul Ehrenfest award, Corning Inc. Professorship, and Duran Farell Prize for technological research. His work has led to numerous industrial collaborations (e.g. Corning Inc., Carl Zeiss and HP) and the creation of two spin offs: Quside (2017) and Sixsenso (2020). 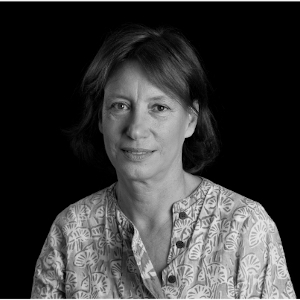 She graduated from the Universitat Autònoma de Barcelona in 1986. From 1988-1992 she was a PhD fellow (FPI) at the Ministerio de Educación y Ciencia at the Universitat Autònoma de Barcelona. In 1993, she moved to the University of Oxford, first as a research fellow and then with a Fleming Fellowship. In 1996, she moved to Saclay (Paris) as a European Postdoctoral Research Fellow. In 1998 she was appointed research fellow at the Leibninz University, in Hannover (Germany) where she became an assistant professor. She has been an ICREA Research Professor since 2005. Her research interests are interdisciplinary and range from quantum information theory to quantum gases and more recently condensed matter. Presently, she is working on the interface between quantum information and condensed matter. She has stable collaborations with other research groups both at the national and international level. Otherwise, she is fond of literature, sports, and children. 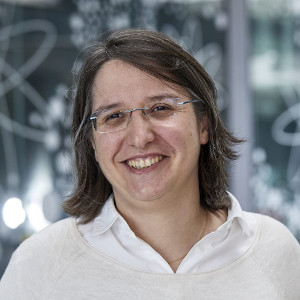 Leticia Tarruell received her PhD in Physics in 2008 from the École Normale Supérieure in Paris, with a thesis on superfluidity in ultracold Fermi gases. As a postdoc at the ETH Zurich, she worked on ultracold fermionic systems in optical lattices, in particular on artificial graphene and quantum magnetism. After holding a CNRS research position at Institut d’Optique in Bordeaux, she joined ICFO as a group leader in 2013. Her research is centered on the experimental simulation of condensed matter phenomena with ultracold quantum gases. Her group, which recently produced the first Bose-Einstein condensate in Spain, is working on the study of Bose-Bose mixtures with adjustable interactions. She is currently supervising two PhD theses, and has previously supervised three master’s theses and eight undergraduate research projects. Her publications have received more than 1500 citations, and she was awarded the RSEF Prize for Experimental Physics 2015. 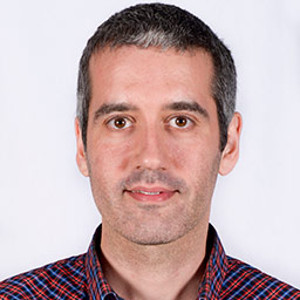 Artur Garcia-Saez currently leads the efforts of Quantum Computation group at the Barcelona Supercomputing Center. His research focuses on optimization methods for Quantum Algorithms, Quantum Annealing, and Machine Learning techniques for Quantum control. Previous research includes Quantum Information tools for the simulation of Condensed Matter systems. He holds a Ph.D. from the Institute of Photonic Sciences (ICFO), and has worked at Universitat de Barcelona and the Yang Institute of Theoretical Physics. He is also a co-founder of Qilimanjaro Quantum Tech, a full stack company offering Quantum Computing services. 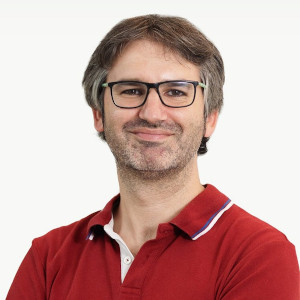 Pol leads the experimental team at QUANTIC. He has a background in superconducting quantum devices for quantum information applications and quantum optics. He obtained his PhD from TU Delft in 2010, with a study of superconducting flux qubits and the limits of the interaction strength to a superconducting resonator. He was then a postdoctoral researcher in the Kimble group at the California Institute of Technology working on interfacing cold atoms and photonic waveguides. Later he was a postdoctoral fellow at the Institute for Quantum Computing at the University of Waterloo, working with Dr. C. M. Wilson on superconducting qubits interacting with propagating microwave fields. He is a partner at Entanglement Partners SL. Since May 2019, Pol has held a researcher position at IFAE, in the Quantum Computing Technology group. 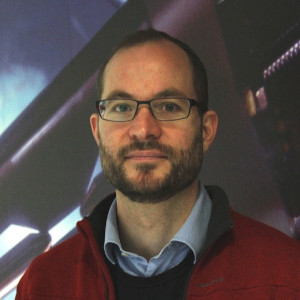 Born in 1968 in Palo Alto, California, USA, Prof. Mitchell earned his PhD in Physics from the University of California at Berkeley in 1999 with a thesis on the quantum optics of photon-photon interactions. In the group of Serge Haroche at the Ecole Normale Superieure he advanced cavity quantum electrodynamics with cold atoms and microfabricated optical resonators. At Reed College he built the first diode-laser based entangled photon sources, and in the group of Aephraim Steingberg in Toronto he demonstrated the first multi-photon NooN states and quantum process tomography. He joined ICFO in 2004 and ICREA in 2011. His leads the research group Atomic Quantum Optics at ICFO and coordinates the Qauntum Technologies Emergent Community in Catalonia (QuantumCAT).  He was awarded an ERC Starting Grant in 2011, an ERC Proof-of-Concept Grant in 2016, and has been recognized with a Vanguardia de la Ciencia award in 2012, Ehrenfest Prize and Kavli Publication Prize in 2016. 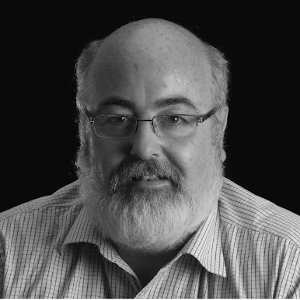 Born in Madrid, he studied theoretical physics at the Universidad Autónoma de Madrid. He spent many years at DESY in Hamburg (Germany) studying deeply inelastic scattering in the ZEUS experiment, where he obtained his PhD and then worked as a DESY researcher. In 2001, he moved to the USA to work in Fermilab. He participated in the CDF experiment at the Tevatron collider, with emphasis on searches for new physics. In 2007 he moved back to Europe and started also working in the ATLAS experiment at the Large Hadron Collider at CERN, initiating operations in 2009. Since then he has been acting as project leader of the IFAE-Barcelona group in ATLAS. In 2015 he was appointed Head of IFAE’s Experimental Division, Scientific Manager of the Spanish High Energy Physics Group, and Scientific Delegate in CERN’s Council. Starting in 2018, he initiated a new activity related to Gravitational Waves Physics with the LIGO-Virgo-KAGRA interferometers. 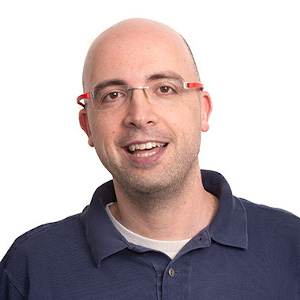 Born in Molins de Rei (Catalonia), 1975. Graduated in Physics from Universitat de Barcelona (UB) in 1997, where he also obtained his PhD (European Doctorate and PhD Extraordinary Award) in 2001 in the field of transmission electron microscopy (TEM) applied to nanostructured materials. He also worked at the microscopy facilities and as Assistant Professor at UB, focusing on TEM advanced techniques, such as HAADF electron tomography, HREELS and in general high resolution (S)TEM. From 2009 to 2015 he was Group Leader at Institut de Ciència de Materials de Barcelona, ICMAB-CSIC and Scientific Supervisor of its electron microscopy facilities. Since 2017 he is President of the Spanish Microscopy Society (SME). In 2018 he was elected Member of the Executive Board of the International Federation of Societies for Microscopy (IFSM) (2019-2026). Since 2015 he is leader of the Advanced Electron Nanoscopy group at ICN2, CSIC and BIST. He has been awarded with the EU40 Materials Prize 2014 (E-MRS), 2014 EMS Outstanding Paper Award and listed in the Top 40 under 40 Power List (2014) by The Analytical Scientist. 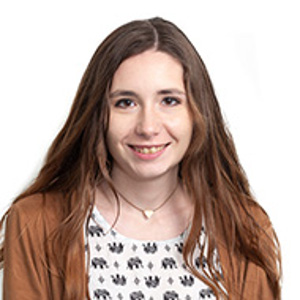 Sara Martí-Sánchez was born in 1992. In 2014, she obtained a BSc in physics with a minor in applied physics from Universitat de Barcelona (UB). In 2015, she obtained an MSc in Nanoscience and Nanotechnolgy from the same university. She then started her PhD at the Catalan Institute of Nanoscience and Nanotechnology (ICN2) in the Advanced Electron Nanoscopy Group (GAe-N) under the supervision of Prof. Jordi Arbiol. During her PhD, she performed (S)TEM-based studies on the growth mechanisms and properties of semiconductor nanowires. She received her PhD in Materials Science in 2020. Since then, she has been working as a postdoctoral researcher in Prof. Jordi Arbiol’s group, working on Microsoft Materials atomic-scale characterization of hybrid semiconductor-superconductor nanowires.