Miquel A. Pericàs, new director of the Barcelona Institute of Science and Technology

By Adela FarréOctober 18, 2016BIST
No Comments 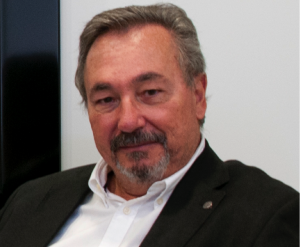 Miquel A. Pericàs was born in Palma de Mallorca (Spain) in 1951. He studied Chemical Engineering (Institut Químic de Sarrià) and obtained his PhD degree (University of Barcelona) in 1979. After postdoctoral studies at the Spanish Research Council (1979-1980), he joined the Department of Organic Chemistry of the University of Barcelona in 1980 as an Associate Professor. Since 1991 he has been a Full Professor of Organic Chemistry at that institution. In 2000 he was appointed the first director of ICIQ, a position he still holds.

The research of Miquel A. Pericàs has been characterized by the use of a combined theoretical-experimental approach for the study of chemical problems in the fields of organic and organometallic chemistry. He has authored or co-authored some 280 scientific publications and 6 book chapters, and is a co-inventor in 26 patents (h = 49). In 2000, he was a recipient of the Distinció de la Generalitat de Catalunya per a la Promoció de la Recerca Universitària award, in 2001 he received the Janssen-Cylag award of the Spanish Royal Society of Chemistry for research in organic chemistry and, in 2005, the Narcís Monturiol Medal of the Generalitat de Catalunya for Scientific and Technological Merits. He is a member of the Real Sociedad Española de Química (Vice-president in 2006-2011), Societat Catalana de Química (Chair in 1986-1987), American Chemical Society and Fellow of the Royal Society of Chemistry (since 2014).

Dr. Pericàs, who will combine his new role as head of BIST with his current post at ICIQ, stresses the importance of the project that he will be leading from now on: “BIST brings together six of the best centers in Catalonia, multiplying their capacity to promote excellence in research, new lines of multidisciplinary research, training and career support programs for researchers, and science outreach. By making significant progress in these areas, we will be doing a great service to our country.”