Meet the BIST Mothers of Science

The Barcelona Institute of Science and Technology is excited to announce the winners of the inaugural Mothers of Science supporting grants. 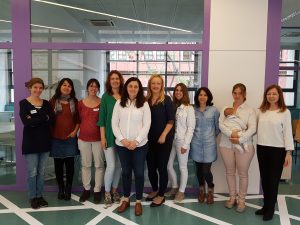 The 12 winners of the Mothers of Science grants are:

The winners are all exceptional scientists, with the ambition and potential to reach a leading position in research. At the same time as performing cutting edge research in their respective fields, they are also fulfilling maternity responsibilities. BIST aims to support these scientists along their transition into leading positions.

BIST has awarded 12 scientists the grant (two more than the original 10 that were planned) and offered a total of 19 scientists (the 12 winners plus 7 finalists) to participate in a series of group and individual coaching sessions by professional coach Victoria Conesa from Onbalance.

More about the Mothers of Science supporting grants

The Barcelona Institute of Science and Technology launched the Mothers of Science supporting grant on February 11, 2018 – the international day of women and girls in science – in order to address the gap that exists between the number of women in the BIST Community who are research associates or senior postdoctoral researchers (41%) and the percentage of women who are group leaders (only 15%!). At BIST, we want to recognize the value and excellent research done by these scientists and support them in their career transition.