María Blasco, Director of the Spanish National Cancer Research Centre (CNIO) and until now Vice-President of SOMMa (the Alliance of Severo Ochoa centres and María de Maeztu units of excellence), takes over SOMMa’s presidency, which until now was held by Luis Serrano, Director of the BIST centre CRG. 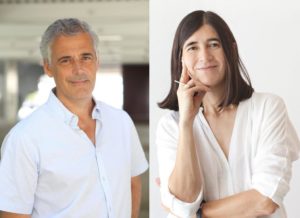 After three years as President of the Severo Ochoa – María de Maeztu alliance (SOMMa), Luis Serrano, Director of the Centre for Genomic Regulation (CRG, a BIST centre) has ended his term. The new president is Maria A. Blasco, Rector of the Spanish National Cancer Research Centre (CNIO), and until now Vice-President of SOMMa. The new president has expressed her will to “carry on working for the recognition of Spanish science as one of the political and economic priorities of this country”. Blasco will be accompanied by SOMMa vice presidents Maria José Sanz, Director of the Basque Centre For Climate Change (BC3), and Antonio Molina, Director of the Centre for Plant Biotechnology and Genomics (CBGP-UPM-INIA).

The Servero Ochoa and María de Maeztu mentions are the highest institutional recognitions of scientific research in Spain. Their awardees, selected by an international evaluation committee, cover practically all areas of knowledge, from physics and mathematics to environmental sciences and biomedicine, as well as humanities. SOMMa gathers over 50 top Spanish research institutions with over 8,500 researchers, as an initiative to give visibility to Spanish research.

Luis Serrano steps down form the presidency after intensive efforts dedicated to science policy, and calling for R+D+I to become a priority for the country. “We cannot say that the current situation of science in Spain is good, but we have seen improvements”, he admits “We need to persist in the demands for more juridical safety, administrative improvement, and for the refinement of the most unclear or inapplicable aspects of the current legislative framework.”

Serrano finished his term reflecting on how important dialogue was during his time as president: “The frank, constant, constructive dialogue between those who do the research and those who administer the research system is the way to match the actions that are possible with the real necessities: both those needs that are urgent and those for the long term.”

The new president Maria A. Blasco reflects that in the context of the pandemic, society has become more aware than ever of the relevant and undeniable role science plays in solving the problems and challenges associated with new diseases and the growth and aging of the world’s population. “Perhaps this is the moment to open a new debate about the strengths and weaknesses of science policy in our country, empowering, as well, the various social actors in the area of science that develop a truly excellent job, with transcendental results for our society” declares new SOMMa President Blasco.