Keynote Speech
The Quantum Realm goes to the movies: How quantum physics saved the multiverse, twice technologies in Europe and in the world

The closing keynote speech of the 2021 BIST Conference will be given by Professor Spyridon Michalakis, mathematical physicist at Caltech’s Institute for Quantum Information and Matter, and cinema science consultant. Prof. Michalakis will talk about how the influences of quantum physics in cinema. 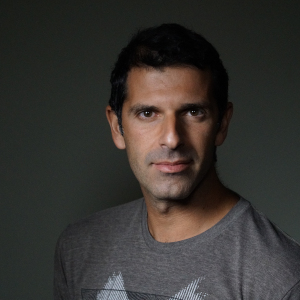 Mathematical Physicist and Manager of Outreach at Caltech’s Institute for Quantum Information and Matter, and Cinema Science Consultant

Dr. Michalakis is a mathematical physicist and manager of outreach at Caltech’s Institute for Quantum Information and Matter. His current research focuses on the mathematical foundations of quantum physics and Einstein’s theory of relativity, with an emphasis on the mechanisms underlying the emergence of space, time and the laws of physics. He is known for resolving, in collaboration with Microsoft’s Matthew Hastings, the first of 13 “millennium” problems in quantum physics, the mystery behind the Quantum Hall Effect, a deep and technical problem connected to a number of Nobel Prizes in Physics.

Dr. Michalakis has served as science consultant on “Now You See Me 2” (Fox), “Ant-Man” (Marvel/Disney), “Ant-Man & The Wasp” (Marvel/Disney), and “Bill and Ted: Face The Music” (Orion Pictures). He is responsible for introducing the “Quantum Realm” into the Marvel Cinematic Universe, igniting a global fascination with such esoteric concepts as quantum superposition and quantum entanglement. Dr. Michalakis has production and writing credits on “Anyone Can Quantum,” a short film directed by Alex Winter and narrated by Keanu Reeves, pitting Paul Rudd against Stephen Hawking in a game of Quantum Chess. He has appeared on a number of documentaries, including Netflix’s “Behind the Curve”, “Trust Machine: The Story of Blockchain”, and “Free Color”.