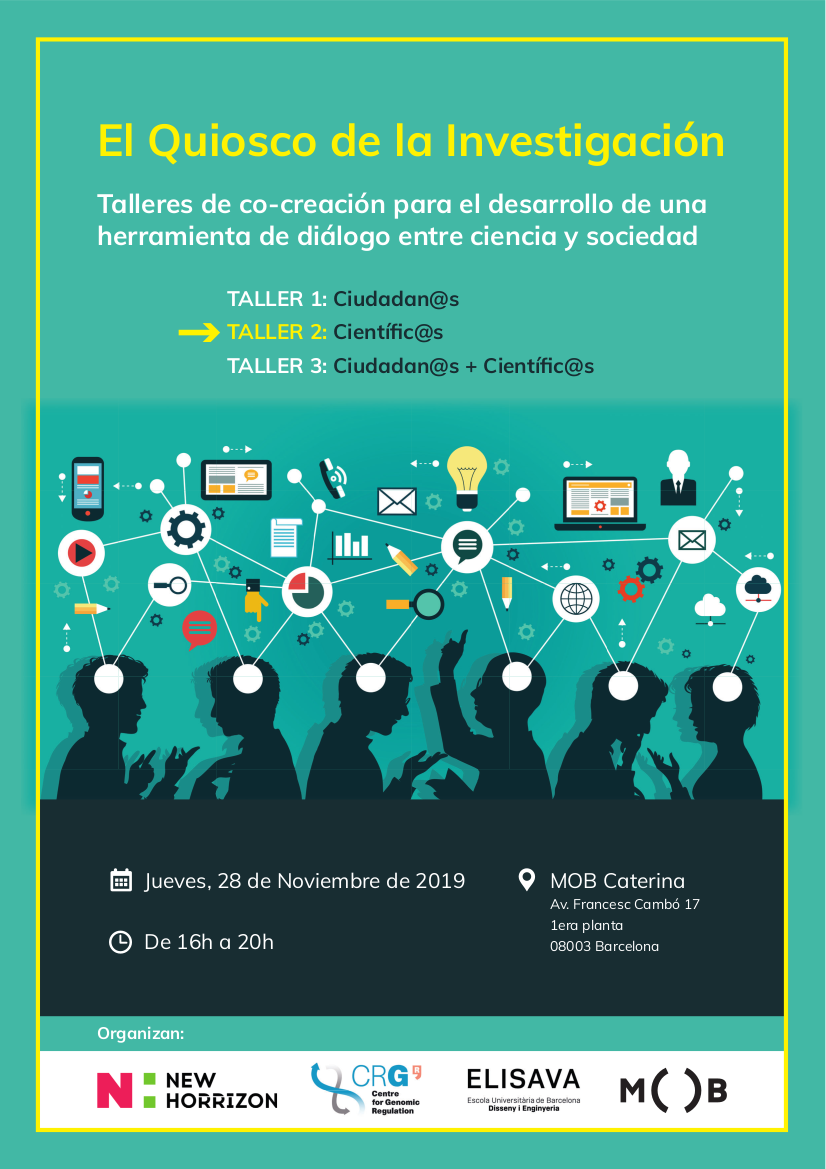 This event is part of a co-creation workshop series with citizens and scientists that takes place in the framework of the EU project NewHoRRIzon (https://newhorrizon.eu/sl3/). The aim is to develop a prototype for an interaction tool to enhance the communication between both groups.

It is a bottom up initiative that started in Barcelona and Lisbon (May and July 2019) with two design thinking workshops with only non-scientists.

The second phase includes two design thinking workshops with only scientists, the next one the 18th October in Barcelona and the following in Lisbon (November 2019)

Third  design thinking workshop series with non-scientists and scientists will take place in Barcelona and Lisbon in December 2019.

The Centre of Genomic Regulation (CRG) is looking for 25 scientists for the second workshop in Barcelona, that will take place on Thursday, 28th of November from 16-20h at the creative space of “Makers of Barcelona”, next to the Mercat de Santa Caterina. The event will be held in Spanish.