Nanotechnology approaches to Biology and Medicine

Biology functions at the nanoscale. Thus, there are special opportunities not only to make biological measurements using nanotechnology, but also to interact directly in order to influence biological outcomes. Nanoscience and nanotechnology developed from chemistry, physics, biology, engineering, medicine, toxicology, and a host of other fields. Along the way, we taught each other our problems, challenges, and approaches. The interdisciplinary communication skills that were developed and are now part of our training remain unique to the field. As a result, nanoscience contributes to a wide range of other fields, such as neuroscience and the microbiome. 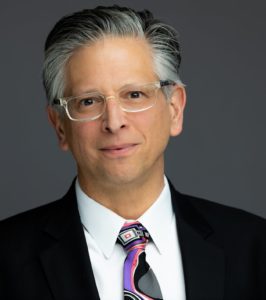 Paul S. Weiss holds a UC Presidential Chair and is a Distinguished Professor of Chemistry & Biochemistry, Bioengineering, and Materials Science & Engineering at UCLA. He received his S.B. and S.M. degrees in chemistry from MIT in 1980 and his Ph.D. in chemistry from the University of California at Berkeley in 1986. Before joining UCLA, he worked at the Bell Laboratories, the IBM Almaden Research Center and the Pennsylvania State University. He served as the director of the California NanoSystems Institute and held the Fred Kavli Chair in NanoSystems Sciences at UCLA from 2009-14.

His interdisciplinary research focuses on the ultimate limits of miniaturization, exploring the atomic-scale properties of surfaces, interfaces, supramolecular, and biomolecular assemblies; the development of new techniques to expand the applicability and chemical specificity of scanning probe microscopies; nanofabrication down to ever smaller scales and greater chemical specificity; and applications in neuroscience, gene editing, cancer immunotherapy, and the microbiome. Weiss has received many awards and covered important positions, has written over 400 publications, holds over 30 patents, and has given more than 800 invited, plenary, keynote, and named lectures.