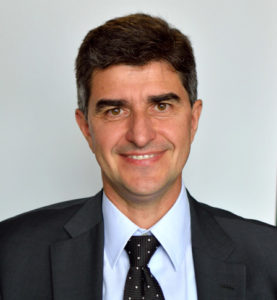 2D Carbides and Nitrides (MXenes): from Discovery to Applications

2D carbides and nitrides, known as MXenes, are among the most recent, but quickly expanding material families. The field is experiencing very fast growth and major breakthroughs have been achieved in the past 2-3 years, including the discovery of 2D M5C4 carbides with the twinned layers and CVD synthesis of MoSi2N4, representing a new family of 2D nitrides. Synthesis of dozens of predicted MXenes, demonstration of superconductivity in MXenes with specific surface terminations, stronger interactions with electromagnetic waves compared to metals, metallic conductivity combined with hydrophilicity and redox activity, led to numerous applications. Reversible redox activity of transition metal atoms in the outer layers of MXene flakes combined with high electronic conductivity led to applications in a variety of batteries and electrochemical capacitors. MXenes are promising candidates for energy storage and related electrochemical applications, but applications in optoelectronics, plasmonics, electromagnetic interference shielding, electrocatalysis, medicine, sensors, or water purification are equally exciting.

Yury Gogotsi is Distinguished University Professor and Charles T. and Ruth M. Bach Professor of Materials Science and Engineering at Drexel University. He also serves as Director of the A.J. Drexel Nanomaterials Institute. His research group works on 2D carbides, nanostructured carbons, and other nanomaterials for energy, water and biomedical applications. He is recognized as Highly Cited Researcher in Materials Science and Chemistry, and Citations Laureate by Thomson- Reuters/Clarivate Analytics. He has received numerous awards for his research including the ACS Award in the Chemistry of Materials, Gamow Prize, European Carbon Association Award, and S. Somiya Award from IUMRS. He has been elected a Fellow of the American Association for Advancement of Science, Materials Research Society, American Ceramic Society, the Electrochemical Society, Royal Society of Chemistry, International Society of Electrochemistry, as well as the World Academy of Ceramics and the European Academy of Sciences. He holds several honorary doctorates. He served on the MRS Board of Directors and is acting as Associate Editor of ACS Nano.