The talk will include several amazing facts about universe, ranging from the smallest things to the larger ones. The central theme, which will be most often addressed during the session, is energy, to conclude with a hypothesis about a possible future. 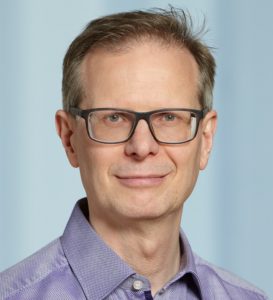 He studied physics at the University of Innsbruck from 1988 to 1993. Then in 1994 he started his PhD thesis at CERN (being doctoral student sent by the University of Innsbruck), which has been finished in 1997. The thesis’ topics included calculations and measurements regarding fundamental constants of the strong interaction, within the experiment ALEPH at the electron-​positron collider LEP. In the following he spent two years at CERN as a fellow, and further two years as staff member (research physicist). During this time he continued to work on aspects regarding strong and electro-​weak interactions, using data from the ALEPH detector. In addition there were first contributions to the design and studies concerning a new detector, CMS.

Professor Dissertori is also participating in a BIST Colloquium on February 3, 2020 at the Institute for High Energy Physics (IFAE), a BIST centre. The colloquium is part of the BIST Master curriculum.