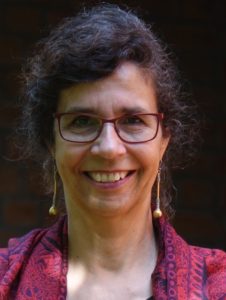 Although life is happening far out of equilibrium, our knowledge of proteins in biology, pharmaceutical sciences and medicine is still mostly based on knowledge of their equilibrium structure-function relationships. Yet, the nanotech tools that physicists have brought to biology are challenging this notion as many proteins are either part of force-bearing fiber and filamentous networks, or interact with tensed protein networks in vivo. As fluid flow pulls on bacteria and cells, catch bonds can get activated that allow bacteria and cells to hold on more tightly to surfaces when getting stretched by tensile forces. As cells pull on proteins using their own motor proteins, they can furthermore partially unfold their secondary structure and thus switch their structure-function relationships, a crucial step enabling cells to sense forces and the physical properties of their environments.

Even though major insights into mechanobiological processes have been gained at the single cell level in the last decade, it is still not known how to translate these findings to the tissue level. Partially due to the lack of nanotools to probe forces or mechanical strains in tissues, the impact of mechanical forces on protein functions and consequently on downstream cell signaling at the tissue level are still largely ignored. To address this challenge, we developed and validated a peptide-based nanosensor that can read out the tensional state of tissue fibers, in cryosections and in living animals. We will discuss our recent insights comparing healthy versus diseased organ tissues and in cancer. To gain further insights into the underpinning mechanisms, we have set up several 3D microtissue platforms to better control mechanical and biochemical parameters. Discoveries into the mechanobiology at the tissue level are prone to open new therapeutic avenues.

Viola Vogel is Professor of Applied Mechanobiology in the Department of Health Sciences and Technology (D-HEST) at the ETH Zurich and chaired D-HEST from 2018-2020. She holds a PhD in Physics from the University of Frankfurt (1987) and conducted her research at the Max-Planck Institute for Biophysical Chemistry in Göttingen (1980-88) for which she received the Otto-Hahn Medal (1988). After her postdoctoral studies in the Department of Physics at UC Berkeley in nonlinear optics, she started her academic career at the University of Washington Seattle in Bioengineering (1990-2004) and was the founding Director of the Center for Nanotechnology (1997-2003). When moving to ETH Zurich in 2004, she initially joined the Department of Materials and then co-founded D-HEST (2012).

With her background in Physics and Bioengineering, she pioneered the rapidly growing field of Mechanobiology and its medical applications, as she discovered many structural mechanisms how mechanical forces can turn proteins into mechano-chemical switches. Such mechanisms are exploited by bacteria, as well as by mammalian cells and tissues to sense and respond to mechanical forces, and if abnormal, can cause various progressive diseases. Her research was recognized by major awards, including an ERC Advanced Grant on “Proteins as Mechano-Chemical Switches” (2008-13). She currently serves the Board of Trustees of the Gordon Research Conference Organisation since 2018 and is an Einstein Fellow at the Charité Berlin since 2017. She is an elected member of the National Academy of Engineering USA (NAE), the National German Academy Leopoldina and of the Berlin-Brandenburg Academy of Sciences and a member of the Jury of the Queen Elizabeth Prize for Engineering.

November 2 – Prof. Dr. Oscar Franco of the Institute of Social and Preventive Medicine