Sustainable chemistry at ICIQ for a sustainable future 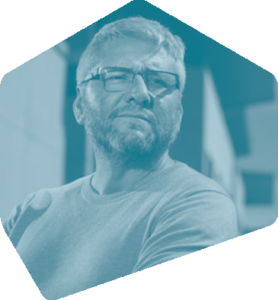 “Sustainability” is kind of a magic spell. The moment you pronounce or write such a word, everybody in the room (in the world) is immediately convinced and supportive of anything you sell or ask the vote for. The concept itself deserves indeed such a glory, since it directly means life itself. Life is not possible without. Unfortunately, the word is used quite too often for the sake of flash-lights driving attention, not for its true realization, still a complex, major scientific and technological challenge.

Sustainability is a concept we at ICIQ enthusiastically work for. Most research lines at our institute deal with the discovery and development of environmentally-friendly, and cost-effective alternatives to current industrial standards. In the search to offer viable transformation pathways for current industries (chemical, energy-related, pharmaceutical) to meet the societal expectations of a green, decarbonized biosphere in the near future (as near as possible!).

In this presentation, we will introduce some of these major research lines at ICIQ, later to focus on the field of solar fuels, through the so-called artificial photosynthesis. In such a dream process, a fully functional scheme should be able to transform sunlight and water, along other natural and abundant feedstocks as carbon dioxide or dinitrogen, into useful, sustainable and environmentally neutral fuels and fine chemicals. We will describe the state-of-the-art, the remaining challenges and the major opportunities to make sustainability finally true, in a revolutionary road from fossil fuels and depleted resources into a circular economy, at zero emissions, maximum efficiency.

J. R. Galán-Mascarós is currently ICREA Research Professor at ICIQ in Tarragona, Spain. He received his doctorate in Chemical Sciences from the University of Valencia. After completing a postdoctoral research stay in the United States at Texas A&M University, he joined the Institute of Molecular Science at the University of Valencia as a Ramon & Cajal Fellow, before moving in 2009 to his current position at ICIQ as a group leader. Since 2016, he is coordinator of the H2020 collaborative project A-LEAF (www.a-leaf.eu), about sustainable solar production of CO2-based chemicals and fuels.

At ICIQ, he leads a group essentially multidisciplinary: from magnetism to water splitting and medical chemistry to electrocatalysis; however, two major areas of particular interest are solar fuels and hybrid molecular materials. In regard to the former, his group has investigated novel water-oxidation catalysts based on earth-abundant materials. Throughout his career, his group has made significant contributions to the later by exploiting the chemistry of transition metal complexes to obtain multifunctional bespoke materials.