by Aurelio Juste of IFAE 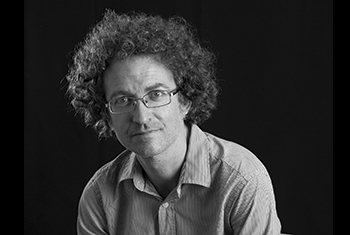 For the last 50 years, experimental particle physicists have searched for the Higgs boson, the quantum excitation of a mysterious field postulated as responsible for giving mass to all elementary particles.

Following the discovery of the Higgs boson in proton-proton collisions at the energy frontier at CERN’s Large Hadron Collider (LHC), 2012 was a landmark year in Particle Physics where apparently the end of this particular road had been reached. Or was it just the beginning?

We will present an overview of the experimental quest and summarize its main findings. We will also discuss the prospects for unraveling the nature of this particle at the LHC, and what could be the implications on our understanding on how nature operates at its most fundamental level.

Professor Aurelio Juste was born in 1970 in Terrassa (Barcelona). Graduated in physics in 1993 at the Universitat Autònoma de Barcelona (UAB), he obtained PhD in experimental particle physics in 1998 at the Institut de Física d’Altes Energies (IFAE) at the UAB, studying electron-positron collisions in the ALEPH experiment at the LEP Collider at CERN. Moved to Chicago (USA) in 1998, to study proton-antiproton collisions at the energy frontier in the D0 experiment at the Fermilab Tevatron Collider, first as a Research Associate (1998-2002), then as a Wilson Fellow (tenure-track position, 2002-2006) and eventually as staff scientist (2006-2009). At D0 held a number of leadership positions in physics (convener of Top and Higgs groups), algorithms (convener of Jet Energy Scale and Jet Energy Resolution groups) and upper management (physics coordinator). Since November 2009, ICREA Research Professor at IFAE, studying proton-proton collisions with the ATLAS experiment at CERN’s Large Hadron Collider (LHC).