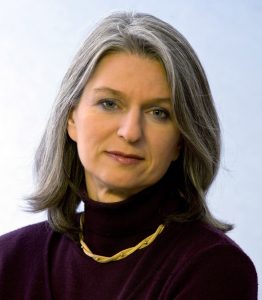 Dr. Ritsch-Marte is the Director of the Division for Biomedical Optics at the Medical University of Innsbruck. She will be giving a colloquium at The Institute of Photonic Science (ICFO) on December 1st, 2017 at 12:00pm.

Abstract: Wavefront shaping with spatial light modulators (SLMs) has become a powerful tool in Biophotonics. In holographic optical tweezers, for instance, optical traps can be steered and controlled in real time. Apart from this, an SLM can also be integrated into optical imaging systems to use it as a programmable Fourier-filter emulating classic microscopy techniques, by sending a pre-calculated voltage pattern to the pixels of the SLM which imprints a spatially-varying phase shift to the optical wavefront in a Fourier plane with respect to the sample. Going from dark-field microscopy, to Zernike phase contrast or to spiral phase contrast, and toggling between these modalities,. Thus microscopy becomes programmable and customizable with respect to a given sample. A particular strength of the SLM-approach with programmable phase masks is the possibility to “pack several things into one hologram”, i.e. for multiplexed imaging. It is thus possible to take microscopic images that contain sub-images belonging to different imaging modalities, to different depths inside the sample, or to different parameter settings, which opens a “treasure box” of advanced possibilities in optical imaging.

Biography: Since moving from Quantum Optics into Applied Optics, Monika Ritsch-Marte has contributed to the development and application of microscopic methods and optical tweezers. Her research group has pioneered new usages for spatial light modulators (SLM) in the form of liquid-crystal displays to optical microscopy. As a programmable Fourier filters SLMs allow rapid switching between different microscopy modalities (bright field, dark field, phase contrast) without the need for changing any hardware components. Her group also developed methods of optical manipulation of ever-larger particles, e.g. the optical “macro-tweezers” system, a large volume dual-beam mirror trap. This dual-beam approach is suitable to trap and guide swimming micro-organisms such as Euglena without inducing any optical damage. For even larger particles a combination of optical tweezers and an ultrasonic trap was developed. Another field of research in Monika Ritsch-Marte’s group is non-linear microscopy, e.g. chemically-selective coherent anti-Stokes Raman scattering (CARS), in particular they have developed a non-scanning (wide-field) CARS variant. Monika Ritsch-Marte and her colleague Stefan Bernet hold several patents (e.g. spiral-phase contrast microscopy or a diffractive Moiré lens with tunable refractive power). Monika Ritsch-Marte is also committed to the promotion of women in physics. During her presidency of the Austrian Physical Society Monika Ritsch-Marte, for instance, initiated the Lise-Meitner-Lectures, an event series organized yearly in cooperation with the German Physical Society consisting of public lectures by distinguished female physicists.

Attendance is free and open to anyone who is interested.