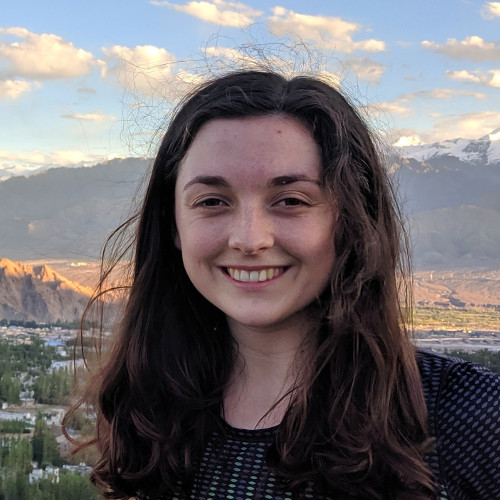 I am a mathematician by training, having completed my undergraduate and PhD studies in the mathematics department of the University of York in the UK. My interest in quantum theory began with an undergraduate project on mutually unbiased bases with Stefan Weigert, which provided a helpful bridge between mathematics and quantum theory. The research I have conducted since revolves around a search for the most fundamental principles in quantum theory. This research includes studies of foundational results such as Gleason’s theorem and the Kochen-Specker theorem, as well as an exploration of possible alternatives to quantum theory, known as general probabilistic theories.

During my PhD a one month visit to the Perimeter Institute in Canada began my collaboration with Ravi Kunjwal. Our collaboration continues to investigate contextuality, logical compactness and more. After my PhD I moved to the group of Ana Belén Sainz at the International Centre for Theory of Quantum Technologies in Gdańsk, Poland. Here I spent a year studying the foundations of quantum theory and learning modern techniques such as using hierarchies of semidefinite programs as the COVID-19 pandemic began.

In my free time I enjoy rock climbing, in particular bouldering, but I am gaining appreciation for the sport climbing of Cataluña and Spain.

Fundamental principles of quantum theory and their role in quantum technologies

The counterintuitive properties of quantum theory are well-documented and have been thoroughly experimentally tested. However, it is still unclear which are the most fundamental or defining principles of the theory. Moreover, the relationships between its most characteristic features, such as entanglement, non-locality, and contextuality, are not fully understood. These questions are important not only to the pursuit of scientific understanding but also to developing effective quantum technologies; understanding the source of quantum advantage is key to fully harnessing its potential. This project will study a series of questions starting from the foundational aspects of this problem and ranging to the practical applications to quantum technologies.

Firstly, the project will explore physical principles for quantum theory, i.e. principles from which it follows that nature can be described by quantum theory. For example, quantum theory is well-known to not be deterministic but it is not completely devoid of certain measurement events. This middle ground can be summarised by saying that knowing the certain events tells you the probabilities of all the other events. I will investigate in which other theories this principle holds and whether it can be used in an axiomatisation of quantum theory.

Secondly, the project will investigate new connections between known aspects of quantum theory. For example, I will study the role of entanglement in multiqubit (Kochen-Specker) contextuality. In general, contextuality can be witnessed for individual quantum systems, whereas entanglement is a property of multiple systems. However, in the case of multiqubit systems we have found entanglement to be essential to contextuality. This research will probe if and how contextuality is crucial for quantum computation.

Finally, the project looks to prove the security of new quantum key distribution (QKD) protocols. QKD allows users to share a secret key with which they can exchange secret messages whose security is guaranteed entirely by fundamental principles of quantum theory. QKD protocols that use discretely modulated continuous variables have practical advantages over their discrete variable or Gaussian modulated counterparts. This part of the project aims to provide the first security proof of such a protocol that proves security against the most general type of eavesdropping attacks, known as coherent attacks.