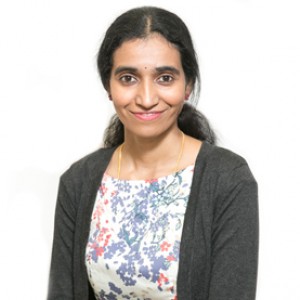 Srividya Tamirisa received B.Sc. degree in triple major (microbiology, chemistry and botany), and M.Sc. degree in genetics from Osmania University, Hyderabad, India. She received Ph.D. degree in developmental biology from The Molecular Biology Institute of Barcelona (IBMB), Barcelona, Spain, in 2014, for her thesis on “Functional genomics of wound healing in drosophila”. After her PhD she moved to Centre for Organismal Studies (COS) at Heidelberg, Germany for as a DFG-SFB873 funded Postdoc where she was involved in several projects related to regulation of germline stem cells in drosophila testis. She is currently a Marie curie Cofund fellow (Pro-BIST) at IRB, Barcelona. Her current research interest is studying the role of linker histones during drosophila early development. Throughout her career, she worked on several funded projects with active international collaborations. She is served as a seminar series coordinator for the SFB-873 (Research in progress) consortium funded by DFG during 2016-18. She is a university gold medallist at bachelor level and recipient of merit scholarship during her M.Sc. at Osmania University, India. She was also awarded JAE-Predoc fellowship for doctoral studies at IBMB-CSIC, Spain. She has mentored several bachelors and master students and actively participated in outreach activities for school students.

My current research is focused on identifying the mechanism by which linker histones are regulated during Drosophila embryogenesis. The eukaryotic genome is tightly packed and organized into compact nucleoprotein complex called chromatin, made up of DNA and histones. Histones are classified into 2 types, core histones form the octamer core of the nucleosome and linker histones connect the linker DNA with the nucleosome. In higher organisms there are multiple variants of linker histones with redundant functions. Presence of multiple variants greatly increases the complexity of studying linker histones in vertebrates. On the other hand, Drosophila melanogaster has only 2 variants, one somatic variant known as dH1 and an embryonic\germline variant dBigH1 providing an ideal model for studying these proteins. Previous work done in our laboratory demonstrated that dBigH1 is maternally deposited and is expressed until cellularization. After cellularization it is replaced by the somatic dH1, which is retained throughout the development. This replacement coincides with maternal to zygotic transition, a phase were maternal genes are turned off and zygotic gene transcription begins. It is still unknown how this mechanism of replacement is precisely orchestrated during embryogenesis. To identify the mechanism involved in this regulation we performed a small-scale screening and identified few potential candidates. Using molecular, genetic and imaging tools we are further characterizing the role of these candidates in regulation of linker histones.