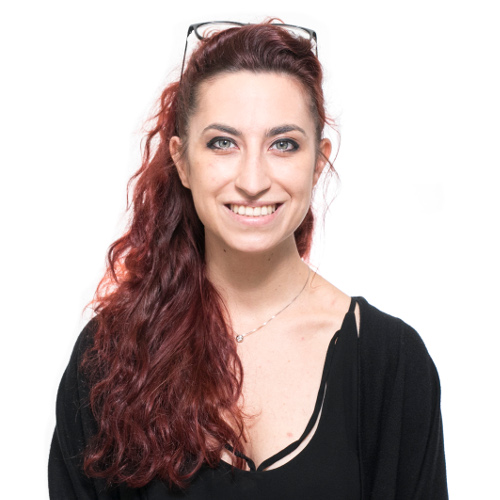 I am a biochemist specialised in mitochondrial biology. I obtained my BSc in Medical and Pharmaceutical Biotechnologies from Vita-Salute San Raffaele University in Milan, Italy, and my MSc in Clinical Neurosciences from UCL in London, UK. In 2016, I started my PhD in the Mitochondria Biology Unit in the University of Cambridge, UK. Until 2019, I worked in the Mitochondrial Medicine laboratory, where my main project led to the generation of an updated model of mitochondrial complex III assembly in human cells and the characterisation of one of the main roles of supercomplexes formation. I then moved to the Mitochondrial Physiology lab, where I investigated the interaction between the OXPHOS machinery and the mitochondrial calcium uniporter. Finally, I moved to Barcelona in October 2021, to join Manuel Serrano’s laboratory at the IRB and work on the molecular mechanisms that link cellular metabolism and senescence.

Ageing-related diseases are tightly correlated with the accumulation of senescent cells. While the selective elimination of senescent cells is a primary therapeutical goal in the field, no clinically approved treatment currently exists, which constitutes an important research gap. Abundant evidence highlights how changes in mitochondria and cellular metabolism can be both cause and consequence of the senescent phenotype and suggests a possible role of this organelle in the specific targeting of these cells. Through a CRISPR/Cas9-based screening, Serrano’s laboratory identified Cyclophilin D (CypD) as a promising candidate target, since its inactivation leads to the selective elimination of senescent cells while being non-toxic for control proliferating cells. CypD is a matrix isomerase involved in various mitochondrial functions, including the regulation of cell death and the opening of the mitochondrial permeability transition pore, a non-specific pore in the inner mitochondrial membrane, by sensitising it to calcium and reactive oxygen species. Interestingly, additional functions have been described for CypD, including proteins scaffolding, as it binds to several mitochondrial proteins, apoptosis and mitophagy control, and regulation of the electron transport chain activity. This project will study CypD as a novel, non-invasive senolytic target and provide a molecular understanding of its modulation in senescence biology, taking advantage of the various well-established senescence models developed in Serrano’s laboratory, including human and mouse cells and in vivo models. The ultimate goal is to improve the therapeutic outcome of senescence-associated diseases by developing new strategies for the detection and elimination of senescent cells in patients.