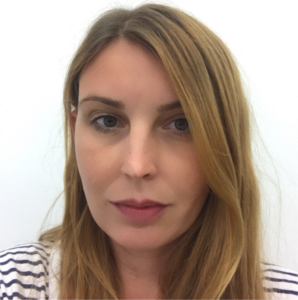 I received PhD in Physics at the Center for Theoretical Physics (Poland) in 2017 working in the fields of galaxy surveys, galaxy evolution and formation, neural network, and machine learning techniques. Since 2018, I am postdoc (Marie Curie PROBIST Postdoctoral Fellow) in the cosmology group of prof. Ramon Miquel at the Institut de Física d’Altes Energies (IFAE; Spain). I am a specialist in galaxy evolution studies adapting novel methodologies and tools (multi-wavelength spectro-photometric data fusion and machine-learning techniques). My field of interest and main research aims are to constrain what processes drive and regulate star formation and mass growth in galaxies along cosmic time.

I am a member of the international collaborations: Dark Energy Spectroscopic Instrument (DESI), Physics of the Accelerated Universe Survey (PAUS), Maunakea Spectroscopic Explorer (MSE) and VIMOS Public Extragalactic Redshift Survey (VIPERS). I am responsible for the determination of the physical properties of galaxies and their stellar populations using novel methodologies (narrow-band photometry: PAU, combining spectro-photometric information: DESI, sophisticated spectral analysis: VIPERS). My work based on red passive galaxies further straightening a downsizing scenario is generally understood as support to the scientific community. I gained also an experience working with Machine Learning tools for the exploitation of astrophysical data using supervised as well as unsupervised approach. These applications have already led to several publications. Among others, I proposed a new approach to galaxy classification by applying unsupervised algorithm based on the multidimensional space of absolute magnitudes and spectroscopic redshifts. I also demonstrated that even with the lack of spectroscopic data we can recreate a detailed picture of galaxy types based on their photometric information alone. The unsupervised data-driven classifications that can efficiently extract relevant information in the era of large deep surveys, such as Euclid, seem to be good alternatives to SED-based methods or simple color-color diagrams.

Our understanding of galaxy formation and evolution is making rapid advances. Improvements in our knowledge of the basic cosmological parameters and developments in computer simulations techniques mean that we are able to accurately trace the collapse of dark matter structure. The outstanding difficulty is to understand how the baryonic component collapses down to form galaxies. The actual mechanism that drives galaxy evolution and formation is poorly understood, and even more poorly constrained by observations.

Galaxies are crucial probes of the cosmological structure formation, at high as well as at low redshift ranges. The most massive galaxies seem to have formed fast at high redshift with little evolution afterwards as seen both in the stellar population properties and in the evolution of their mass function. This is known as a downsizing and sets tight constraints to galaxy formation models, which in Λ-Cold Dark Matter paradigm features a bottom-up structure formation with strong environmental dependence. However, not all observations fit well in the theoretical modes. In order to understand whether deviations between models and observations are due to our moderate knowledge of gas physics and star formation, or to processes intrinsic to the growth of structures, we need to improve our understanding of galaxies itself. Therefore, my field of interest and main research aims are to constrain what processes drive and regulate star formation and mass growth in galaxies along cosmic time. In the era of a deluge of astrophysical information, the imperative is not only how to extract important information but also to find out what is important information. Thus, in my work, I’m not only focusing on using advanced tools (machine-learning techniques), but I am also trying to look beyond the standard picture and connect different information to build a comprehensive picture (multi-wavelength spectro-photometric data fusion). I expect to draw a consistent picture of the galaxy properties over the wide redshift range and among different galaxy types based on different galaxy spectroscopy surveys. The synergy of large surveys at different cosmic epochs will allow us to study galaxy populations in unprecedented numbers over most of the cosmic time allowing to create a consistent picture of how galaxies changed to end up as currently observed galaxies.