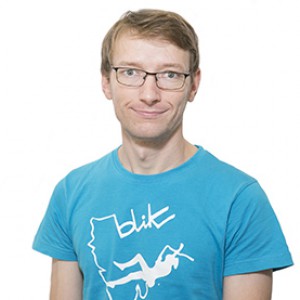 Jurica Levatić was born on 17th of July 1986 in Varazdin, Croatia, where he finished his primary and secondary education. In 2005, he started his studies at the Department of Mathematics, Faculty of Science, University of Zagreb in Zagreb, Croatia. He obtained a Bachelor’s degree in Mathematics in 2008. In the same year, he enrolled in a graduate programme in Computer Science and Mathematics. In 2011, he successfully completed his master studies, with the thesis entitled ‘Techniques for semi-supervised learning’ under the supervision of Prof. Dr. Tomislav Smuc.

In the period from August 2011 to November 2012, he worked as a research associate at BioZyne (Zagreb, Croatia). He worked on discovering potential novel anti-cancer agents with the help of machine learning. In the fall of 2012, he was awarded a young researcher scholarship by the Slovenian Research Agency and enrolled the Information and Communication Technologies PhD program at the Jozef Stefan International Postgraduate School, Ljubljana, Slovenia, under the supervision of Prof. dr. Saso Dzeroski and co-supervision of Dr. Dragi Kocev.

He performed his PhD studies at the Department of Knowledge Technologies, Jozef Stefan Institute, Ljubljana, Slovenia where he was involved in the EU funded FP7 project MAESTRA (Learning from Massive, Incompletely annotated, and Structured Data). He successfully defended his PhD thesis entitled ‘Semi-supervised learning for structured output prediction’ in June 2017.

In September 2017, as a PROBIST Marie-Curie postdoctoral fellow, he joined the Genome Data Science group at Institute for Research in Biomedicine, Barcelona, led by Dr. Fran Supek. His research interests are in the areas of machine learning, chemoinformatics, and bioinformatics. His published his work in more than 10 journal articles and more than 15 conferences and workshops.

Cancer is responsible for ~30% of all deaths in Europe – double as compared to the worldwide share of deaths from this disease. Research on cancer has thus always been a high priority in the EU framework programmes, including Horizon 2020. In particular, EU focuses on research that “dissects the causes and mechanisms of cancer” in order to develop personalized, safer and more effective treatments. Humanity needs novel anti-cancer treatments: Effective therapies exist only for some forms of cancer and, even then, cancer cells often develop drug resistance resulting in a relapse of the disease.

The CANCELL project aims to create opportunities for novel, clinically relevant and personalized anti-cancer drugs. To this end, we propose an innovative interdisciplinary data science approach to gain biological insight from genomic and pharmacological data in databases that systematically test the sensitivity of cultured human cancer cells to drugs. We aim to integrate The US National Cancer Institute’s pioneering screen (NCI-60) on 60 cell lines and >10,000 compounds, with the modern screening databases that contain hundreds of cell lines but are modest in the number of compounds. We will use this resource to infer drug response data with state-of-the-art machine learning methods to enrich screening databases and create a comprehensive in silico panel with thousands of compounds and >1000 cell lines. This will enable to conduct a pharmacogenetic analysis of an unprecedented scale, creating opportunities for novel anti-cancer drugs. We will use cell line drug response data to evaluate mutational signatures as novel potential markers of sensitivity to antitumor drugs. Furthermore, we will apply the developed drug response models to predict the response of cancer patients in The Cancer Genome Atlas to evaluate the clinical relevance of the methodology and generate a survey of candidate drugs from NCI-60 for repurposing.