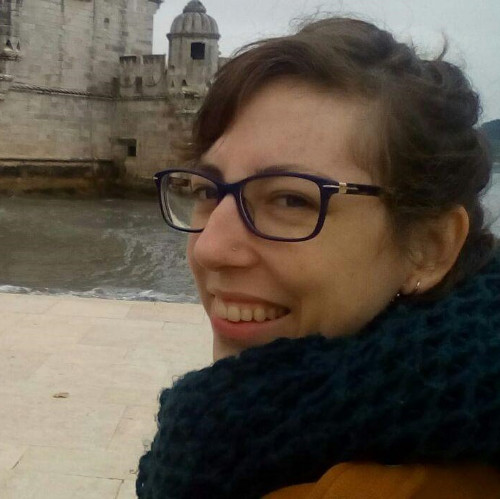 After graduating in Chemistry at the Universidad Autónoma de Madrid (2008), I got my PhD degree in Chemistry in 2013, under the supervision of Prof. Tomás Torres, investigating supramolecular assemblies based on subphthalocyanines. In 2014, I joined the group of Dr. Saif Haque as a Postdoctoral Research Associate at Imperial College (London). Joining this group involved a challenging topic change; at that stage of my career I worked on Spectroscopy, Photochemistry and photovoltaic devices. In 2017, I moved to Tarragona to join JR Mascarós’ group, where I started the project I’m currently working on. In 2018 I was awarded the Marie-Curie Cofund fellowship I currently hold.

Along the last decades, organic semiconductor polymers have found many applications as active materials in devices such as field transistors, spintronic devices, light-emitting diodes, photovoltaic devices or sensors. The interest in using organic polymers for such applications relies on the possibility of achieving cheap, flexible, chemically interactive and bottom-up fabricated electronics. On the other hand, spin-crossover (SCO) compounds are bistable transition metal complexes with a metastable high spin (HS) excited state that can be populated from the low spin (LS) ground state through external stimuli. These compounds have also been used in a wide range of applications. Recently, our group demonstrated that a blend of thermally switchable SCO compounds in the family [Fe(trz)3][X]2 (trz= 1,2,4-triazole) with polypyrrole, results in a conducting film with memory effect. The synergy between the spin transition and the conducting mechanism allows for an increase in conductivity between the LS and the HS states, where resistance decreases over an order of magnitude. The main objective of the project is to achieve the tuning of the optical and electronic properties of organic polymer semiconductors by integrating them with SCO compounds, and the application of this concept into optoelectronic devices.