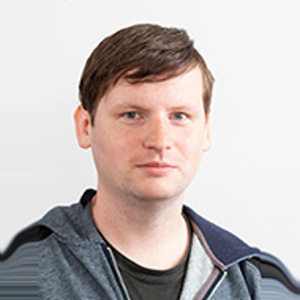 I am a theoretical physicist specialized in condensed matter and quantum physics. I have earned my physics B.Sc. Degree in Physics at the Budapest University of Technology and Economics in 2010 and my physics M.Sc. Degree in Phyics at the Lorand Eotvos University in Budapest in 2012. During my undergradute my research topic was the solitonic excitations of Bose-Einstein condensates. Then I was a junior research fellow in the Wigner Research Centre for Physics in Budapest where I finished my PhD in Theoretical Quantum Physics and Statistical Physics in 2016. Then I was postdoctoral researcher in the University of Bristol and from 2019 I am a postdoctoral researcher in ICN2 in Barcelona. My research interests are in the theory of electronic structure of solids with emphasis on theories of superconductors. My research focuses on the combination of density functional theory and superconductivity with a wide range of applications including superconducting magnetic heterostructures, topological superconductors and noncentrosymmetric superconductors.

Superconductivity based on first-principles

The theory of Bardeen, Cooper, and Schrieffer (BCS) successfully describes the universal properties of conventional superconductors, however it is not able to give material specific quantitative predictions. The main aim of the project is to develop efficient methods which can combine the first-principles electronic structure calculations with the Bogoliubov-de Gennes theory. This allows high-quality material specific calculations for the superconducting state. This will be done via the extension of two well-established methods of electronic structure theory:

(1) The SIESTA code is using the linear combination of atomic orbitals which is suitable to develop material specific orbital-selective models of unconventional superconductors. This extension of the code is still under development. The new theoretical tool in SIESTA is applied to reach a better understanding of the interplay between magnetism and superconductivity. Recent muon-spin relaxation experiments revealed that there are many classes of materials where magnetism and superconductivity coexist which are in the central attention of this project. There is a small family of TRS breaking superconductors including LaNiC2 and LaNiGa2 which is special due to their low crystal symmetry making possible to establish the structure of order parameter based on symmetry analysis. The famous example of chiral p-wave superconductivity Sr2RuO4 also breaks TRS. Elemental rhenium and related materials (Re6(Zr,Hf,Ti), Re6Ti, Re24Ti5, etc.) break TRS although all the other thermodynamic properties suggest conventional s-wave superconductivity. All of these materials are multiorbital superconductors and spin-orbit coupling plays an essential role. By the proper treatment of orbital degrees of freedom and spin-orbit coupling new interesting physics is emerging, namely mixing of spin singlet / triplet Cooper pairs. Taking elemental rhenium as a testbed for the investigations we show a deep connection of singlet-triplet mixing and time-reverseal symmetry breaking.

(2) On the other hand the relativistic Korringa-Kohn-Rostoker method (which is based on multiple scattering theory) gives direct access to the Green’s function and thus it is very effective to treat layered heterostructures and impurities. One interesting application is the combination of topological order and superconductivity in heterostructures providing a platform to experimentally realize new exotic particles called Majorana fermions which seems to be the most promising candidate for topological quantum computers. Here we take Bi2Se3 as a testbed which is a well-known topological insulator with a Dirac cone surface state that span the bulk band gap. We simulate Bi2Se3 films of 1-6 nanometers over-laid on superconducting PdTe leading to strong momentum-dependence of the proximity-induced gap arises from the unique topological insulator band structure and its modifications under the superconducting substrate. Our method allows the material specific prediction of the size of the induced gap which strongly varies with characteristics of the topological insulator states.