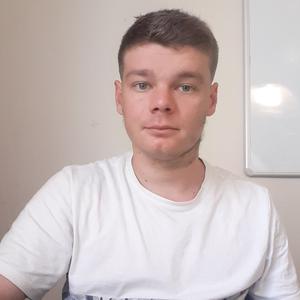 I have a Master degree in theoretical physics, and I have worked during my PhD on searches for long-duration gravitational-wave signals with Advanced Virgo and Advanced LIGO. I have notably developed a data analysis pipeline to search for unmodeled signals in GW detectors’ data, and used it to search for a potential GW emission from Magnetar Giant Flares.

Primordial black holes (PBHs) constitute an hypothetical class of black holes that are thought to be formed from densityfluctuations in the very early universe in the so-called radiation era . These black holes would be the result of the gravitational collapse of zones of overdensity in the young Universe, fractions of second after the Big Bang. Despite their existence has notbeen confirmed nor infirmed yet, these objects have received a lot of attention in the last decades, being at the crossroads of astrophysics, cosmology and fundamental physics. PBHs also make excellent candidate for dark matter,  which accounts for 25% of the total mass-energy of the Universe.

Gravitational waves (GW) provide a brand new window of observation for PBHs. Since the first detection in 2015, Advanced LIGO and Advanced Virgo (LVK) have detected ∼ 50 mergers of binary black holes with masses between 5 and 130 solar masses. It has been proposed that a fraction of the LVK black holes are PBHs

The detection of a black holes merger with sub-solar mass would be a strong indication of the existence of PBHs, as black holes with mass less than 1.4 M cannot be formed by core-collapse. LIGO and Virgo have not detected such sources yet, and current upper limits state that a population of merging black holes with masses ∼ 0.2 M cannot account for more than 16% of the total dark matter in the universe. However continuous improvements in detectors’ sensitivity will certainly place them within detection range in future observing runs, if they exist, or provide better constraints. Besides, PBHs are expected to contribute to the stochastic GW background, that is the incoherent sum of all unresolved sources of GW in the Universe. This contribution would be of two types. A background from PBHs merger, similar to the expected background of stellar-mass binary black hole mergers, and a cosmological background constituted of GW emitted at the formation of PBHs by curvature perturbations in the early universe.

I will focus my work in the GW group at IFAE on searching for gravitational waves from PBHs in LIGO and Virgo data. My plan is  to improve the current data analysis techniques to search for a GW signature from PBHs using public data from previous observing runs. I will also be involved in the analysis of the 4th observing run (O4) of Advanced LIGO and Advanced Virgo that will start mid 2022 and last for 1 year, as well as in characterization of the Virgo detector.