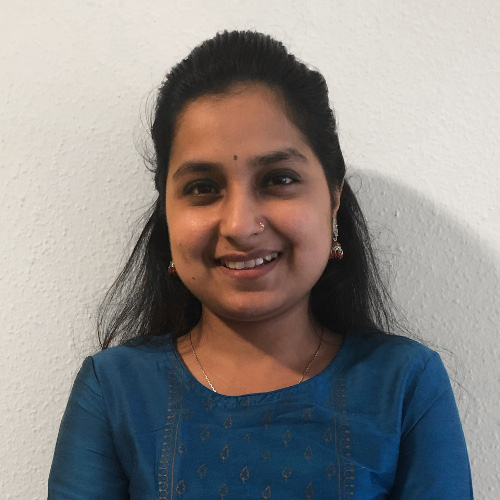 I completed my Bachelors(Hons.) in Physics from Delhi University in 2014 and Masters in Applied Physics in 2017 from Amity University, India. I did Internship in Bhabha Atomic Research Centre, Mumbai in Nuclear reactions. I did my Masters dissertation in Scintillator detectors which are used to discriminate neutron and gamma rays from January, 2017 to August,2017. My research was centered around characterization of particle detectors i.e. Liquid organic scintillator detectors. We performed the experiment to characterize five BC501A detectors to be used in the NAND facility by studying their TOF by using CO-60. We measured the efficiency of this detector by using Cf-252 source of activity 45µc. I worked in characterisation and efficiency measurements of these detectors at National Array of Neutron detectors(NAND) in Inter-University Accelerator Centre (IUAC), Delhi. I did Bachelors in Education in 2017-2019 from CRSU, Haryana, India. I was selected as a Research-fellow in IUAC funded project ” Study of unresolved issues of heavy ion fusion reaction dynamics through particle emission” In July,2019 at Banaras Hindu University, Varanasi, India, where I studied about Nuclear reactions and Experimental Analysis. I got the opportunity from BIST fellowship to further work in radiation detectors and with that , In March 2020, I joined as PhD Scholar at ATLAS pixel group, IFAE in UAB, Barcelona , where I will be working in development of Semiconductor detectors for ATLAS and possibly for Medical Applications also.

Development of Semiconductor Detectors for the ATLAS ITk HL-LHC Upgrade

The IFAE ATLAS pixel group is working on the development of semiconductor detectors for various applications in high energy physics (HEP) and the medical sector. In the context of the ATLAS experiment at CERN, the group is developing 3D pixel sensors for the innermost layer of the next detector that it is planned to be installed in 2026. These detectors represent a new technology that offers excellent position resolution and the most radiation resistant performance. In parallel, the group is working on the R&D activities of the Low Gain Avalanche Detectors (LGADs), that are also silicon sensors, but instead of focusing on radiation hardness these sensors offer unprecedented timing resolution (about 30 ps before irradiation, and 60 ps after 2E15 neq/cm2). The improved time resolution, compared to standard silicon sensors, is provided by a multiplication layer in the silicon substrate. The charge multiplication technique is also exploited in Avalanche Photodiodes (APDs), that are used in various medical applications for photon detection (for imaging, etc). In the context of the PREBIST PhD fellowship, I will work on the development of these radiation detectors for particle physics and, possibly, for medical applications. In particular the characterization of new timing detectors for the High Granularity Timing Detector (HGTD) that the ATLAS collaboration recently approved, will be a major focus of my work.