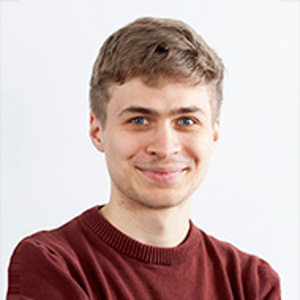 After graduating from Widukind Gymnasium in 2013 I pursued studies in physics at RWTH Aachen university and acquired a Bachelor’s and a Master’s degree of Sciences in Physics in 2016 and 2018. Currently, I am a PhD student at University of Autonoma de Barcelona at the Catalan Institute of Nanoscience and Nanotechnology. My research focusses on physical properties emerging at interfaces, and effects of reduced dimensionality nanostructures using the framework of density functional theory. My interest in this field was peeked back in 2015, while I was working on my Bachelor’s thesis at RWTH Aachen, on electronic properties of two-dimensional material of group V. During this time I learned the basics of density functional (perturbation) theory how to perform calculation with the plane waves code QuantumESPRESSO. Since then, I have been fascinated by the idea of first principle calculations and how they enable us to investigate a wide variety of systems, in order to both comprehend experimental findings and to discover and understand novel materials.

The idea of my Master’s project was to parametrize a tight-binding (TB) model capable of reproducing the results of density functional calculations of double wall carbon nanotubes (CNT) having small-to-medium size (up to 1000 atoms per unit cell). The TB model was, then, used to determine transport properties of large diameter nanotubes and compare to experimental work by Ahlskog et al. (Phys Rev. B 91, 195426 (2015)).

The objective of my doctoral project is to study exotic physical properties emerging at interfaces, and effects of reduced dimensionality nanostructures. In particular, I focus on the signatures of such properties on quantum electron transport and develop the computational tools to address them. As exemplary cases of study, I investigate topological materials and systems characterized by quantum interference in reduced dimensionality.

Topological insulators (TI) are a recently discovered state of matter displaying a bulk energy gap and conducting surface states protected by time-reversal symmetry. Spin-orbit coupling (SOC) is essential to realize non-trivial topological phases without external fields. For this reason, Bismuth is a particularly compelling element for TI applications due to its strong intrinsic SOC. I employ first-principle methods to predict the electronic and quantum transport properties of two-dimensional (2D) topological materials, such as low-energy phases of Bismuth monolayers. The first-principle approach allows for accurate predictions about complex quantum systems without the need for empirical parameters. Therefore, it is an essential tool to predict the properties of novel materials. In addition to pristine, infinite two-dimensional sheets of Bismuth, I am studying the phenomena emerging at grain boundaries, and in ribbons (pristine and with defects at the edges). I will also analyze the tunability of TI properties with strain and interaction with a substrate. To address open transport systems with SOC and calculate transport properties, like transmission or orbital-currents, I am expanding the existing implementation of quantum transport in TranSIESTA to allow the treatment of SOC. As of now, I have completed the first part of this implementation, using a single k point, which is relevant for one-dimensional systems like nanoribbons. The extension of the code with multiple k points is currently in development. Once finalized, this allows the treatment of 2D and 3D quantum transport systems.

Quantum materials are a class of materials in which quantum effects are observable at the macroscopic scale. Twisted bilayer graphene (TBG) is an example of a quantum material. For sufficiently small angles, strongly correlated insulating states (flat bands) arise, resulting in superconductivit. Compared to two-dimensional Moiré systems like TBG with one degree of freedom, one-dimensional Moiré systems have additional degrees of freedom. In my research, I examine the electronic properties and inter-layer quantum conductance of one-dimensional Moiré crystals as realized in double-wall carbon nanotubes (DWCNT) using non-equilibrium Green’s function (NEGF) techniques in combination with a tight-binding Hamiltonian. The latter is obtained by fitting first-principles electronic band structures of single and double-wall carbon nanotubes. DWCNT can be classified based on inter-layer coupling into three categories: (a) strong coupling, (b) localized insulating coupling, and (c) weak coupling. Strong coupling induces drastic changes in the electronic structure and can cause DWCNTs composed of two semiconducting layers to become metallic. Further, DWCNTs with strong coupling show complex behavior of inter-layer conductivity. The electronic structure of DWCNTs with weak coupling is merely the combination of the individual tubes, and tubes with localized insulating coupling display several flat bands.