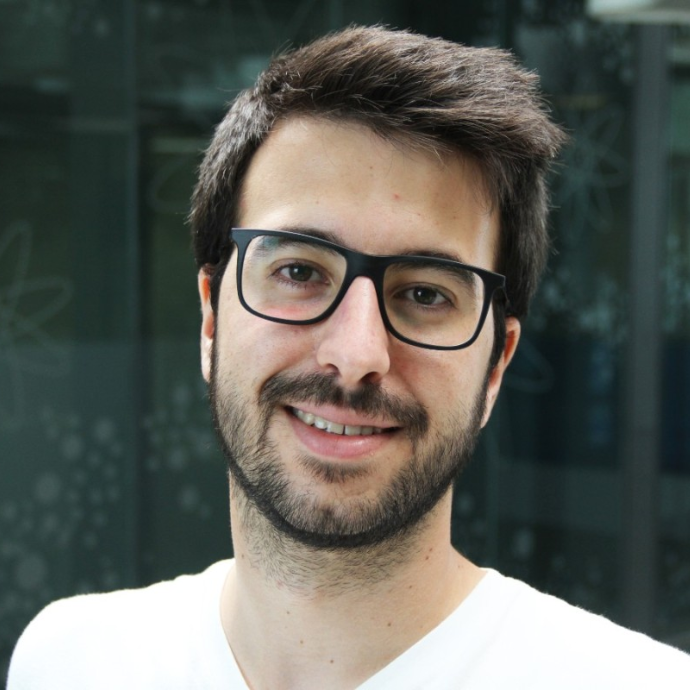 I obtained my bachelor in Physics Engineering at UPC (Universitat Politècnica de Catalunya, Spain) in 2015. I did my graduation project at ICFO (Institut de Ciències Fotòniques) under the guidance of Prof Turgut Durduran. I performed Monte Carlo simulations of novel illumination geometries for medical optics applications.

Then, I moved to the Netherlands to study a Master degree in Biomedical Engineering at the University of Twente (2015-2017). During these two years, I had the opportunity to do research in two distinct environments. First, I did a stage as a Research and Development Trainee at Philips in the Handheld diagnostics division. I implemented new workflows for the analysis of blood filtering membranes and collaborated with other departments developing Matlab toolboxes for analysis. Second, I did my master thesis in the Nanobiophysics group at the University of Twente. In this project, I worked with Dr Christian Blum and Ing Robert Molenaar on the proof of concept of axial super-resolution with an optical microscope. The ultimate goal of the project is to probe the topography of living cells in real time.

It is widely accepted that the plasma membrane of eukaryotic cells is compartmentalized at multiple temporal and spatial scales. This dynamic organization regulates the function of many membrane receptors. Research over the last decade indicates that this well-defined organization is not the result of a single molecular organizer, but of multiple ones acting most probably in synergy. Amongst the different local organizers, two of them have become of great interest in recent years. On the one hand, the cortical actin cytoskeleton found intracellularly and in close proximity to the plasma membrane, creates dynamic fences that compartmentalize the plasma membrane. On the other hand, the glycocalyx on the outer leaflet of the plasma membrane has been proposed to compartmentalize highly glycosylated receptors. However, how these two main molecular actors synergistically operate at the level of the cell membrane to spatiotemporally organize receptors and to regulate their function has not been explored yet.

The goal of this thesis is to unravel the coupling between the intracellular and extracellular milieus in the compartmentalization of the plasma membrane.

In order to pursue this overall goal, I will focus during my PhD on four main objectives. First: to develop single-molecule approaches based on multi-colour single particle tracking (SPT) at different labelling conditions and multiple temporal scales, together with the implementation of new data analysis toolboxes. Second: to assess at the single molecule level, the spatiotemporal organization of CD44, a transmembrane adhesion-receptor that directly interacts with the glycocalyx and with the actin-binding intracellular machinery. Third: to study how the coupling of CD44 to the galectin lattice and to the actin cytoskeleton regulates the spatiotemporal organization of DC-SIGN, a pathogen-recognition receptor crucial in the recognition of HIV virus. Fourth: to study how the galectin lattice compartmentalizes integrins at the plasma membrane of cancer associated fibroblasts (CAFs).

In summary, the aim of this PhD thesis is show that the coupling between the galectin lattice (extracellular milieu) and the cortical actin (intracellular milieu) compartmentalizes the plasma membrane, modulating thereby receptor function. Ultimately, we aim at demonstrating that this is a universal mechanism in cell biology, and not restricted to a set of specific membrane receptors.