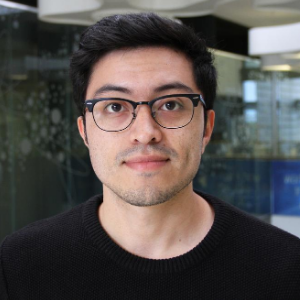 In August 2010 I enrolled to the 5-years Bachelor Programme of Physics at the Faculty of Sciences of the National Autonomous University of Mexico (UNAM). During those years I found deep passion and curiosity for understanding nature to its most fundamental level as well as the beauty behind using Mathematics as a language to describe it.

In TU Delft I followed courses on Advanced Electrodynamics and Quantum Mechanics, Quantum Optics, Photonics and Nanotechnology. From the elegant theory of electromagnetism to the nanofabrication process in the cleanroom, I found fascination for light and its properties. For my MSc thesis I studied the quantum correlations of light, aiming to understand its applications for resolution enhancement in the imaging process.

As part of the graduation process of the MSc in TU Delft, I did a 5 months internship at VSL, The Dutch National Metrology Institute, where I worked in coherent optical Scatterometry.

My curiosity and motivation for understand light have led me to join Prof. Juan P. Torres’ group at ICFO to keep on studying its fascinating properties and potential applications.

Resolution enhancement in optical metrology and imaging has been possible with modern techniques. By using shorter wavelength illumination (UV, EUV, X rays), non-linear responses of fluorescent markers, near field measurements, illumination through sub-diffraction apertures or phase retrieval algorithms, the standard diffraction limit has been supressed in some particular cases. However, most of these techniques are not generally applicable.

The aim of this project is to determine what is the best spatial resolution that one can achieve for a light-matter interaction as well as the design and experimental demonstration of non-invasive optical metrology methods beyond the standard diffraction limit of conventional optical systems.

Imaging (and non-imaging) schemes will be addressed to estimate the value of particular spatial features of objects that do not absorb light and only induce phase changes to the probe beam (phase objects).

A relevant application of these methods is the measurement of spatial features of nanostructures in the semiconductor industry. Determining critical dimensions is fundamental to control dose and exposure time in lithography process. The use of an optical metrology technique in the visible or infrared bands allowing to measure spatial features with nanometric resolution will improve the inspection precision and ease the fabrication process.

This project proposes optimal strategies to attain the ultimate resolution limit with visible and infrared illumination allowing to resolve sub-wavelength (nanometric) spatial features of phase objects by exploiting the topological information encoded in the optical field.

Making use of the properties of the illumination field as spatial and temporal mode, wavelength or polarization, we consider tailored probe beams that allow the attainability of the ultimate precision limit for a certain light-matter interaction.

Furthermore, by exploring the non-classical properties of light as quantum correlations, squeezing and entanglement, this project aims at exploring quantum imaging techniques that might lead to resolution enhancement and potential novel quantum metrology techniques.