By Zoila BabotOctober 17, 2022BIST
No Comments

The new director, founding member of the BIST Board of Trustees, brings his experience in research management, strategy, and education transformation 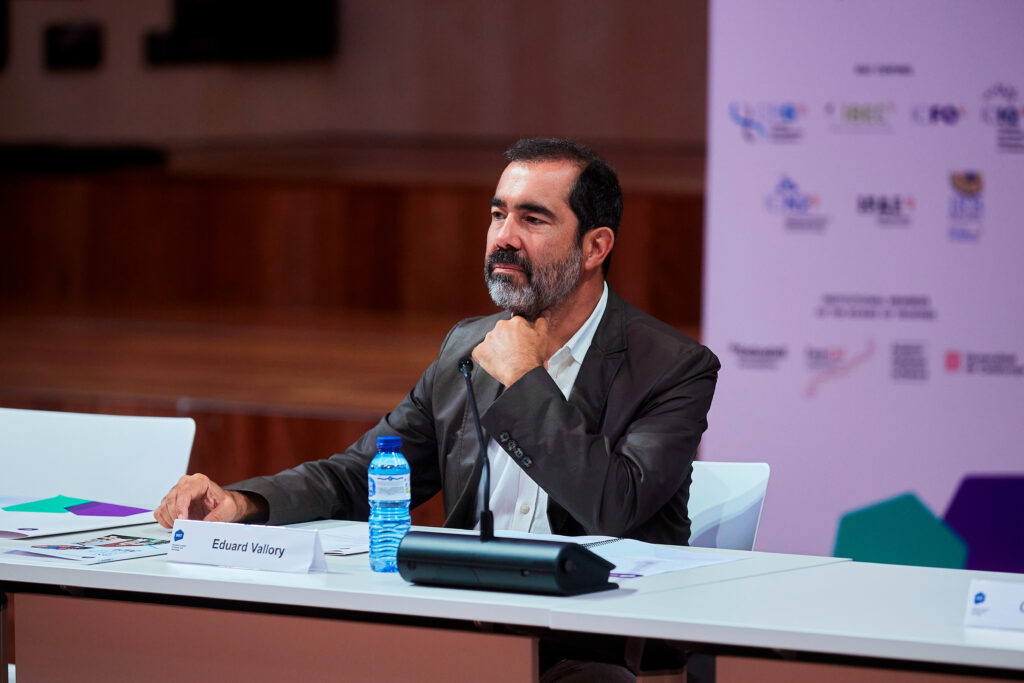 The Board of Trustees of the Barcelona Institute of Science and Technology (BIST), the institution that combines the efforts of seven Catalan research centres of excellence, unanimously approved last Friday the appointment of Dr. Eduard Vallory as the new Director General, following a competitive selection process. The Board of Trustees meeting, chaired by Prof. Andreu Mas-Colell, was attended by the new Catalan Minister for Research and Universities, Joaquim Nadal, as well as directors of the research centres, trustees representing the private institutions, and international scientists members of the Board. Eduard Vallory, who will start his term next Monday, October 24, succeeds Dr. Gabriel M. Silberman, who has been at the helm of BIST for the past five years and is now returning to the United States.

Eduard Vallory participated in the creation of BIST in 2015 and was one of the founding Board members, a position he maintained until his appointment last Friday. As Board member and Secretary, he directly participated in some strategic BIST initiatives: the creation of the BIST Dolors Aleu Graduate Centre, where he serves as a member of the Governing Council, and the development of the Centre for innovation in STEAM education and training for teachers -the Angeleta Ferrer High School. Immediately prior to assuming the responsibility of Director General of BIST, Vallory held the position of Associate Director for Strategic Initiatives of the Institute of Photonic Sciences (ICFO), a BIST centre.

Eduard Vallory, who holds a PhD in Political and Social Sciences and has been a visiting researcher at the University of Cambridge and the University of New York (NYU), knows well the university and research ecosystem. Between 2000 and 2003, he was chief of staff at the Department of Universities, Research and Information Society of the Government of Catalonia, a period in which some of the research centres that today are part of BIST were created. Later, in 2006, Vallory was the first director of the Barcelona Graduate School of Economics (today BSE). During his six years of leadership, the BSE was recognised with the Severo Ochoa Excellence award, and a research endowment was created. He also participated in the process of defining and negotiating the Catalan Universities Act (2003) and the Spanish Science Act (2011) and was a member of the group of experts appointed by the Minister of Science and Innovation of the Government of Spain in 2011 to develop the Spanish Plan for Science and Technology.

Eduard Vallory is also a well-established leader in education transformation. He was the promoter and director of Escola Nova 21, an alliance of with institutions and 500 schools, which between the years 2016 and 2019 promoted new practices of learning, assessment, and organization of the schools to make possible high-quality education is available to everyone. Vallory is also chairman of CATESCO (formerly Centre for UNESCO of Catalonia-UNESCOCAT) and member of the Education in Advanced Teaching Advisory Board of the University of the People. This experience will contribute to BIST’s work to promote a better dissemination of scientific culture in the education system and in society.