The agreement between the Barcelona Institute of Science and Technology (BIST) and the Barcelona City Council strengthens the project ‘Women leaders in science and technology’. The project includes a mentoring programme, courses for young women scientists, and activities with secondary school students, among other actions. 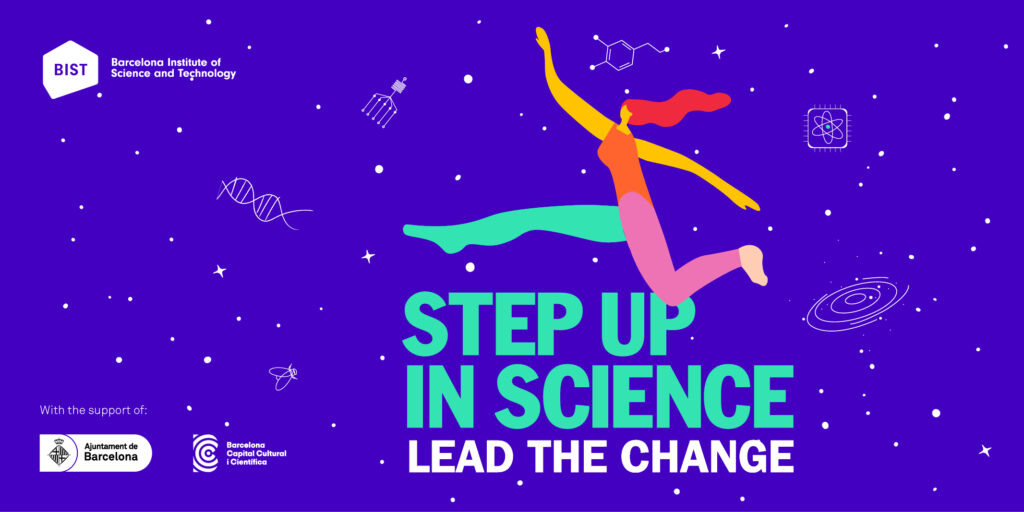 The Barcelona City Council and the Barcelona Institute of Science and Technology (BIST) foundation have signed an agreement to promote activities aimed at improving gender equity in science. As part of this agreement, the Barcelona City Council has awarded a direct grant of an exceptional nature to the BIST foundation for the development of the ‘Women leaders in science and technology’ project, which includes a series of activities including a mentoring programme for young women researchers and scientific education projects for students, among others.

This initiative is part of the deployment of the ‘Barcelona Science Plan 2020-2023’, which included the ‘Women and science in Barcelona’ study, a qualitative analysis of the factors impacting the careers of women researchers in the city, which the Barcelona City Council carried out in February 2022. Some of the study’s conclusions and recommendations point to the need for more awareness in the scientific community around the everyday practices and stereotypes that contribute to maintaining inequalities faced by female researchers. Strengthening the visibility of women scientists, along with reflective practises around the communication, leadership, and management models of research groups are also recommended.

At the same time, the initiative falls within the scope of the commitments made in Barcelona as a result of the city’s cultural and scientific co-capital. These include the interest of the Barcelona City Council in providing support to and coordinating with the BIST foundation to develop activities in the field of science.

The BIST community has already been working in this direction and shares the concern with the Barcelona City Council that the low presence of women in high scientific positions needs to be addressed.

“At BIST, we have been promoting actions that seek to close this gender gap for years. An example is the ‘To the mothers of science’ programme, addressed at researchers who are mothers, to provide them with resources to continue progressing in their research careers. This year, thanks to the support of the Barcelona City Council, we have been able to expand actions of this kind”, explains Núria Bayó, BIST Director of Programmes.

The data both in Catalonia and in Europe as a whole show a low female presence in scientific and technological studies, and reveal that, as the scientific career progresses, the percentage of women declines. According to the latest ‘The state of science in Catalonia’ report, only 24% of principal researcher and full professor positions at Catalan Universities are occupied by women.

Jordi Martí, Barcelona City Council’s Deputy Mayor for Culture, Education, Science and Community, recalls that “the study ‘Women and science in Barcelona’ highlights that gender inequalities persist in the scientific field, pointing out how the research career is made more difficult by motherhood than by fatherhood. More abstract reasons such as the lack of role models and examples for young researchers are also a concern”. For this reason, adds Martí, “the activities proposed by BIST seem to us to be very relevant for promoting greater gender equity in Barcelona’s science and knowledge ecosystem, overcoming the historical inequalities between men and women.”

The initiatives put into place by BIST thus far have focused on two aspects: strengthening the position of young women researchers in their professional environment, and creating visibility for women researchers as role models for future generations. With the slogan ‘Step up in science; lead the change’, BIST encourages young girls to pursue scientific careers, and young women researchers to take the step to lead research projects and groups. Likewise, BIST has offered courses to researchers in areas such as stress management, communication skills, leadership, and time management, as well as individual and group coaching sessions for researchers who are mothers, and a mentoring programme that pairs young researchers with established investigators and professionals.

One of the course participants described it as “An absolutely necessary course for anyone working in a field as competitive as science. I wish more research group leaders understood the value of activities like these.”

In addition, BIST has brought young researchers to the classrooms of the centre for innovation in science education and training for teachers in STEAM disciplines at the Angeleta Ferrer Institute in Barcelona. “We have accompanied secondary school students in their research projects, so that they can learn about science and about how science is done,” explains Laura Cabayol, researcher at the Institute for High Energy Physics (IFAE) and Port d’Informació Científica (PIC), who has participated in this project. “Meeting women researchers like Laura allows young girls to have references they can identify with,” adds Bayó.

Initiatives like these add up along the way to gender equity in research. Bayó explains that “the centres have also taken measures at the level of selection processes for new group leaders, which are giving very positive results.” In the last two years, nine women and eight men have joined the seven BIST centres as heads of research groups.

There is still a long way to go towards gender equity in science, however. Three researchers, working in three different countries discussed this during a round table organised by BIST in November. Its conclusions are similar to those of the ‘Women and science in Barcelona’ report.