International experts in structural biology, such as Nobel laureate Ada E. Yonath, and in massive genomic analysis, such as the bioinformatician Chris Sander—one of the fathers of biocomputation—, gathered in Barcelona this week with the aim to identify synergies and throw light on the jumble of massive biological data currently available. 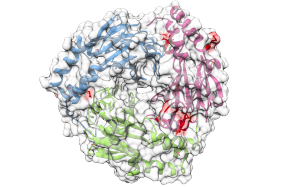 The Barcelona BioMed Conference organised by IRB Barcelona and the BBVA Foundation was held from Monday 28 to Wednesday 30 November at the Institut d’Estudis Catalans. Entitled From genomes to structures: looking at big data with an atomic perspective, this event is the 29th in this series of think-tank gatherings. It brought together a group of relevant international speakers to debate issues ranging from the massive data obtained from genomic analysis down to the most intricate details of individual proteins.

The invited speakers included international experts in structural biology, such as crystallographer from the Weizmann Institute of Science Ada Yonath, 2009 Nobel laureate for her work on determining the structure of the ribosome, and Hartmut Oschkinat, an authority on the determination of protein structure using NMR, at the Leibniz-Institut für Molekulare Pharmakologie in Berlin. The event involved 22 leaders with complementary expertise, among them one of the pioneers of bioinformatics, Chris Sander, who is currently at the Dana Farber Institute in Boston, a leading Spanish bioinformatician, Alfonso Valencia, at CNIO in Madrid, and research physician-scientist Elías Campo, at the Hospital Clínic de Barcelona, who has participated in studies that have exploited big data to identify recurrent mutations in patients with lymphomas.

“Genomic analyses are generating so much information that we are overwhelmed. There is a lot of information and disinformation”, commented Maria Macias, ICREA researcher at the Institute for Research in Biomedicine (IRB Barcelona), structural biologist and co-organiser of the conference together with HartmutOschkinat. According to Macias, the time has come for “bioinformaticians, statisticians, and experts in a wide range of disciplines and techniques to jointly design projects that can organise and classify information and allow us to acquire knowledge from these ‘collections’ of data. This is the most exciting part of the process, and it is fantastic to have such an enormous variety and amount of data”, she said.

“The amassment of data is not going to clarify things because more doesn’t mean better”, explained Macias. For this scientist, structural biology can provide information on protein structures with mutations and help scientists to better understand what occurs at the molecular level, thus allowing them to get results that may have applications. Protein mutations do not always imply disease and sometimes they can offset the effects of other mutations.