By Zoila BabotJanuary 12, 2023BIST
No Comments

The new research complex, which will host more than 1,200 researchers, will be fully operational in 2026. The precision medicine-focused BIST building will account for two-thirds of the total complex.

The highest representatives of the Government of Catalonia, the Government of Spain and the Barcelona City Council, together with the rectors of the Pompeu Fabra University (UPF), the University of Barcelona (UB), and the Autonomous University of Barcelona (UAB), and the President of the Spanish National Research Council (CSIC), the Director the the Pasqual Maragall Foundation (FPM) and the Chairman and the Director of the Barcelona Institute of Science and Technology (BIST) have laid the first stone of the Mercat del Peix complex. The complex will house three buildings dedicated to research, of which the biggest one will be the precision medicine-focused BIST building, bringing together research groups from four BIST community centers: the IRB Barcelona, the IBEC, the ICN2 and the CRG.

In his speech, BIST Chairman Andreu Mas-Colell stressed the importance of the public-private partnership that BIST represents, emphasised the scientific relevance of the building that is being promoted, and thanked the institutions that are part of BIST and those that directly support the initiative.

The representatives of the scientific institutions together with public officials signed an agreement to promote the Ciutadella del Coneixement (Citadel of Knowledge), a scientific, cultural and urban planning initiative that aims to turn the surroundings of Ciutadella Park, in the centre of Barcelona, into a pre-eminent urban knowledge hub in the city of Barcelona. 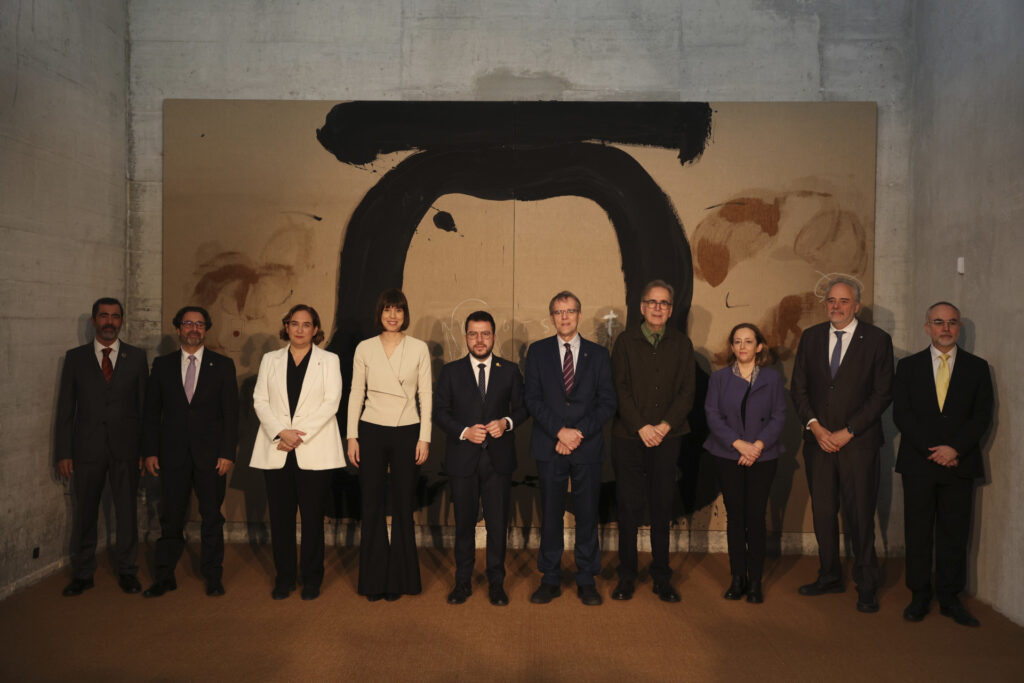 Later, they took a photograph constructing the expression “Benestar planetari” (Planetary well-being). This photograph illustrates the transversality of the project and the commitment of all institutions to this strategic project for the entire Catalan research system. 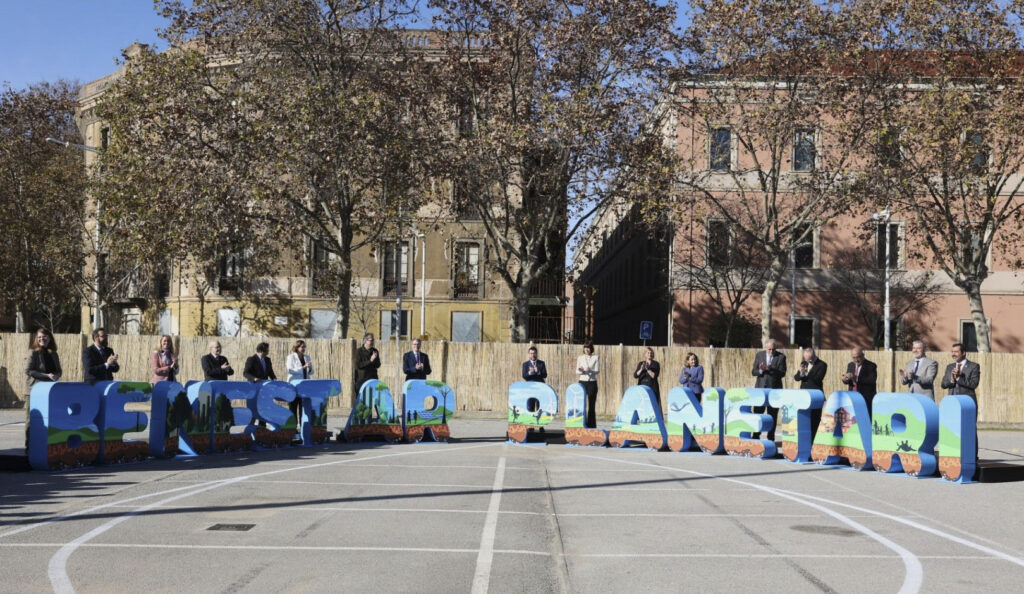 One of Europe’s most powerful knowledge hubs

The Mercat del Peix, which will have an area of 46,000 square meters, is an initiative that arises from the institutional agreements formalised between the Generalitat de Catalunya, the Barcelona City Council, the UPF, the UB, the UAB, the CSIC, the BIST and the FPM. The new site is key to the Ciutadella of Knowledge project and will replace obsolete spaces and equipment to become one of Europe’s major hubs of scientific knowledge, research innovation and higher education.

The new complex will house a total of three buildings. The BIST building, focused on precision medicine, will host, in its nearly 25,000 m2, more than 800 researchers and some 60 research groups conducting biomedical research from four BIST centres (CRG, IBEC, ICN2 and IRB Barcelona). The new BIST hub on precision medicine will allow for very close interaction among researchers working in disciplines such as nanotechnology, genomics, molecular biology and bioengineering, working towards understanding the mechanisms behind pathologies and finding new ways to prevent and cure diseases through better diagnostic, prognostic and therapeutic systems. Having shared state-of-the art technological platforms and laboratories under the same roof will also contribute to further pushing the limits of BIST multidisciplinary research in health.

For the BIST community, the initiative represents an example of the potential of its public-private partnership status to reinforce the work of the centres. The Director General of the BIST, Eduard Vallory, stressed that it should be an example of actions that can be promoted to encourage multidisciplinary work between groups from different centres. 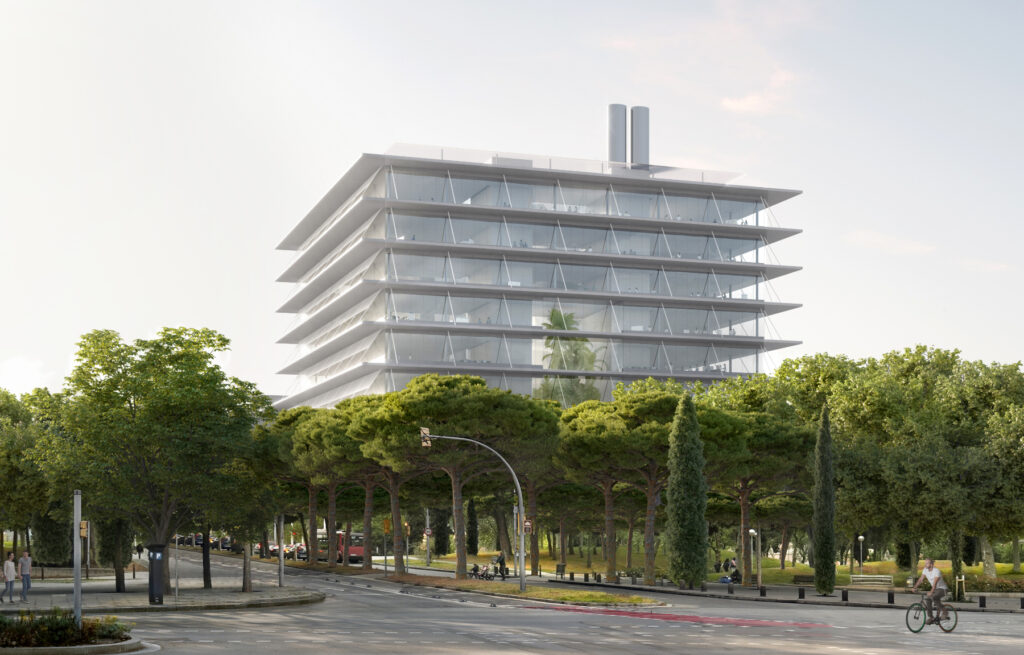 The second building will have 7,300 square meters and will house the UPF Research and Innovation Centre for Planetary Welfare. It will be a meeting point for researchers coming from both the experimental sciences and the social sciences and humanities, who will develop interdisciplinary projects in areas such as planetary health, complex systems and data science, artificial intelligence, the economics and governance of climate change, biodiversity loss and global law and governance.

Finally, the third building will consist of 6,500 square meters and will house the Institute of Evolutionary Biology (IBE), a joint research centre created in 2008 by the UPF and the CSIC. IBE will gather all its research staff at the new Mercat del Peix headquarters, where it will consolidate and expand its research on evolution and biodiversity.

Just below the three buildings, the public company B:SM (Barcelona Serveis Municipals) will build and manage a new 7,000 square meter car park that will be integrated into the public car park network. The new car park is designed as a hub for mobility services and will include electric charging points, shared vehicle rental services and a micro-distribution centre for parcels, among other services.